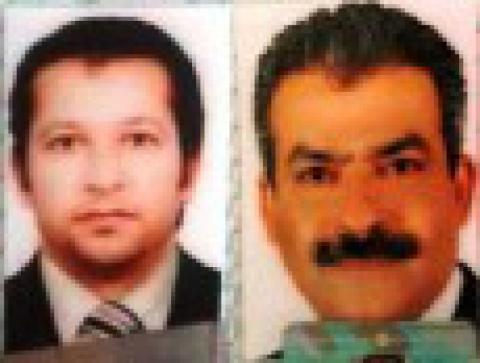 In March 2016, human rights defenders Imad Amara and Faisal Al Tamimi were arrested and tortured due to their work documenting cases of enforced disappearances in Iraq. Both men were volunteers at the human rights NGO Al Wissam Humanitarian Assembly, which documents cases of enforced disappearances and together with Alkarama, submits them to the United Nations Human Rights mechanisms.

On the night of 6 March, Amara and Al Tamimi were on their way to meet families of disappeared persons when they were stopped at a checkpoint close to the Bab Al Moatham square in Baghdad by members of the Iraqi military forces. After having their car searched, Al Tamimi and Amara were arrested, handcuffed, blindfolded and taken to an unknown location, where they were severely beaten, insulted and threatened while being interrogated about their work with families of disappeared persons for about two hours. They were released in Baghdad later that night.

Alkarama notes with concern that this is not an isolated case, as other employees of Al Wissam Humanitarian Assembly, including its founder, Salam Al Hashimi, had already been the victims of reprisals. First, he was prevented by Security Services officers from participating in a videoconference on 7 September 2015 with UN experts from the Committee on Enforced Disappearances (CED) to brief them on his concerns in Iraq. Three days later, he was threatened by two members of the Presidential Regiment, at a café where he usually holds professional meetings. Furthermore, on 18 September 2015, two employees of Al Wissam Humanitarian Assembly were arrested by military forces, handcuffed, blindfolded and taken to an unknown location, where they were insulted and heavily beaten in reprisals for their work documenting cases of enforced disappearances and submitting them to the United Nations Mechanisms. More recently, in December 2015, an arrest warrant was issued against Al Hashimi himself, accusing him of “terrorism”.

In view of these facts, Alkarama seized the UN Special Rapporteur on the situation of human rights defenders (SR HRD), Michel Forst, asking for his urgent intervention with the Iraqi authorities, to call upon them to immediately stop all harassment against human rights defenders and to guarantee a safe environment for them to carry out their work. Furthermore, the competent authorities must open an investigation into the alleged acts of torture committed against Al Tamimi and Amara and if appropriate, hold the perpetrators accountable. Alkarama would also like to remind Iraq that the UN Human Rights Council (HRC) has already condemned all acts of reprisals against those who cooperate with the UN and called upon States “to ensure adequate protection from intimidation or reprisals for individuals and members of groups who seek to cooperate or have cooperated with the United Nations”.