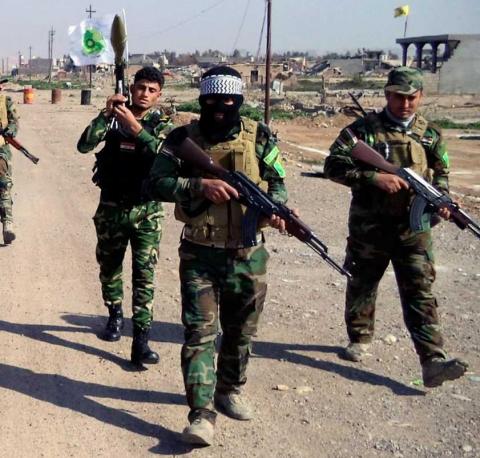 On 14 November 2017, Alkarama submitted to the Committee on Enforced Disappearances an Urgent appeal regarding the case of Mounir Al Jabouri. He was arrested on 14 April 2014, along with two of his cousins, by members of the 17th Division of the Iraqi Army. All the efforts of Al Jabouri’s family to locate him over the years remain in vain.
Months after the arrest, Mr Al Jabouri’s relatives were informed by an official of the Ministry of Human Rights that Mr Al Jabouri had been released from one of the 17th Division detention facilities on 1 July 2014. However, they received conflicting information through another contact, who informed them that he had actually been handed over to the Asa'ib Ahl al-Haq militia, which is part of the Popular Mobilisation Units, and was detained in Hillah.
Following the Urgent appeal, the Committee made several requests to Iraq’s authorities to take all necessary actions to locate Mr Al Jabouri. However, in its replies, the government offered no update of the situation or any further information. On the contrary, in its most recent reply, the State party tried to question the credibility of the request considering it as “false”.
On 11 August 2020 Alkarama was informed that a new note was sent on the same day to Iraq, in which once more the Committee regrets that the State Party did not provide any information as to the current location of Al Jabouri, highlighting the State’s obligation under the Convention “to investigate the alleged enforced disappearance promptly and impartially”, “to take the measures to prevent and sanction acts that hinder the conduct of an investigation” and “to inform the Committee, within a specified period of time, of measures taken […] to locate and protect the person concerned”. Iraq has until 11 November 2020 to provide the requested information.
Alkarama thus urges the Iraq authorities to implement the Committee’s reiterated recommendations, taking all necessary actions to locate Mr Al Jabouri most notably by conducting a thorough and credible investigation of his disappearance.