Iraq: Arrest and enforced disappearance of a minor girl and several of her relatives 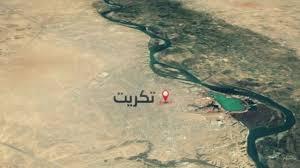 On November 20, 2019, Alkarama and Ikram Center for Human Rights filed a complaint with the UN Committee on Enforced Disappearances (CED) concerning the enforced disappearance of Iraqi minor Efane Hatem Daham al-Abbassi by an intelligence force in Tikrit, Salah al-Din province. Following Alkarama’s complaint, the CED addressed a verbal note to the Iraqi Government, seeking to clarify the fate of the victim.

After midnight on September 24, 2019, a security force, under the command of Officer Ahmed al-Zerjawi and  consisting of five four-wheel drive vehicles belonging to the Iraqi Intelligence Service in Salah al-Din province stormed the village of al-Badour, south of Tikrit. The force caused a state of terror among the population and raided a number of houses in the village, including the house of the seventeen-year-old victim and took her to an unknown destination. As of today, she remains forcibly disappeared.

According to information obtained by Alkarama, the security force also carried out a massive campaign of arrests consisting of 20 of the victim’s relatives and took them to an unknown destination. They, too, remain in a state of enforced disappearance.

The family of Efane al-Abbassi inquired at several security services, including the intelligence headquarters of the city of Tikrit, Salah al-Din province, about her whereabouts and those of her relatives but all services denied that they had the victims nor arrested them.

"The phenomenon of enforced disappearance in Iraq has become a systematic behavior that amounts to crimes against humanity," said Rachid Mesli, the Legal Director at Alkarama.

For his part, the Director of the Ikram Center for Human Rights, Dr. Ayman al-Ani, added : “Enforced disappearances has annually affected thousands of innocent civilians after the US invaded the country in 2003, which makes Iraq the country with the highest number of such victims worldwide”.

The International Convention for the Protection of All Persons from Enforced Disappearance states that "No one shall be subjected to enforced disappearance" and stresses that " No exceptional circumstances whatsoever, whether a state of war or a threat of war, internal political instability or any other public emergency, may be invoked as a justification for enforced disappearance".

The Convention also makes it incumbent upon each State party to “take appropriate measures to investigate acts defined in article 2 committed by persons or groups of persons acting without the authorization, support or acquiescence of the State and to bring those responsible to justice".

Alkarama recalls that it had submitted hundreds of cases of enforced disappearances in Iraq and notes that Iraq is the country with the highest number of cases brought before the CED.