Iraq: Rate of missing people in Iraq remains one of the highest worldwide as Alkarama submits seven more cases to the UN 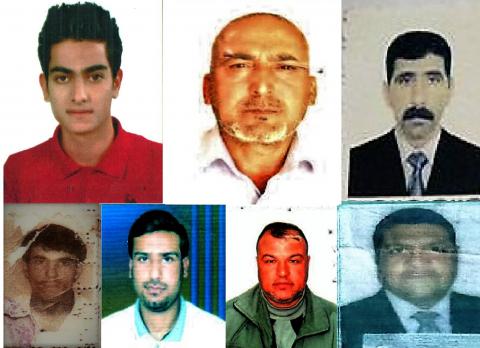 Between October and November 2017, Alkarama and Al Wissam Humanitarian Assembly submitted seven more cases of enforced disappearances in Iraq – all of which took place in Baghdad and its surrounding areas in 2014 – to the United Nations Committee on Enforced Disappearances (CED).

These cases are indicative of the systematic practice of enforced disappearance in Iraq, where the rate of missing people remains one of the highest worldwide. This phenomenon began in the time of Saddam Hussein, persisted following the 2003 US invasion, and escalated in the context of the fight against the Islamic State.

On March 23, 2014, the Intelligence Department of the 17th Division of the Iraqi Army arrested Daoud Al Akidi, a 27-year-old taxi driver from Yusufiya, a southern suburb of Baghdad. He was abducted in front of a government building by three intelligence officers wearing civilian clothing.

The officers informed Al Akidi’s relatives that they had arrested him for the sole purpose of interrogation, and that he would be released shortly thereafter. After Daoud did not reappear in the following days, the family requested information from the 17th Division, but to no avail.

A few months later, Muthana Al Hadad, a 21-year-old student from Baghdad, suffered a similar fate. On July 24, 2014, he was waiting for his brother, who had gone shopping in a supermarket in Baghdad, when he and a friend were arrested by the Federal Intelligence and Investigative Agency (FIIA), Iraq’s domestic intelligence service. They were forced into one of three vehicles dispatched by the FIIA and taken to an unknown location.

Concerned about Muthana’s fate, his family filed a complaint with the local police and sought information from the Muthanna airport prison. One of the prison warders tried to take advantage of the family’s distress and, claiming to be aware of the victim’s whereabouts, requested USD 5,000 in exchange for his release.

Five disappearances in Latifiya in 2014

On May 22, 2014, members of the Iraqi army arrested Ahmad Al Furaiji, a 49-year-old labourer from Latifiya, a town south of Baghdad. It was not until late May 2017 that his family learned of his whereabouts after hearing from a former detainee that he was seen in the Central Prison of Nasiriyah. To this day, the authorities have not acknowledged his detention.

Similarly, Shehab Al Ezzawi and Hazim Al Ezzawi were both arrested at their homes in Latifiya on July 2 and July 5, 2014, respectively, by members of the Iraqi army. Shehab is a 48-year-old retired army officer and Hazim is a 51-year-old taxi driver. Despite having the same surname that is common in Latifiya, the two men are not related.

Shehab’s relatives were able to identify the officers who conducted the arrest as members of the 17th Division. Since then, despite several enquiries with different government agencies, both families have not received any information on their fates and whereabouts.

Alkarama also submitted the case of Majid Al Khaledi, a 48-year-old taxi driver who disappeared on July 19, 2014. On that day, eight members of the Iraqi army arrested him and took him to an unknown location. His wife witnessed the arrest, and though his family enquired at the police station of Alexandria and reviewed the detainees’ registry of the Court of Hillah, they did not receive any information about his fate and whereabouts.

Four days after Al Khaledi’s arrest, Khodeir Al Janabi, a 47-year-old civilian employee in military manufacturing, was arrested at his home by masked military officers. To date, his family has still not received any information on his fate and whereabouts, despite enquiring with several security services and governmental bodies, including the Muthanna airport prison and the Ministry of Human Rights.

These five cases add to a long list of disappearances which have occurred in Latifiya following arrests by the Iraqi army, in particular its 17th Division, a key force in the fight against the Islamic State, which operates in the region surrounding Latifiya.

Over the course of 2014, as the Islamic State was advancing towards Baghdad, scores of people were subjected to enforced disappearances by Iraqi security forces and militias. Some victims went missing after being abducted at their homes or workplaces, and others at checkpoints, in the street or from internal displacement camps.

Their families should be allowed to visit them as soon as possible and be made aware of their whereabouts. As a party to the Convention on Enforced Disappearances since 2010, Iraq has a legal obligation to halt the practice of enforced disappearances, which has reached an epidemic proportion in recent years.