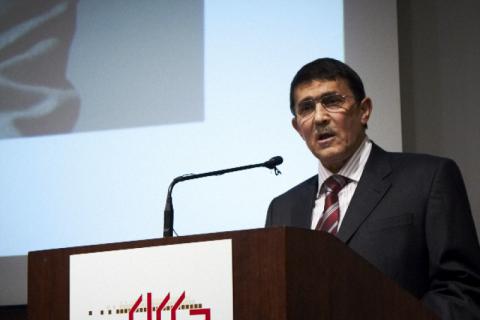 On 13 May 2016, the Commission for the Control of Interpol's files decided, after a long legal battle, to drop the international arrest warrant issued in 2003 by the Algerian authorities against lawyer Rachid Mesli, Director of Alkarama's Legal Department.

In August 2012, the London-based NGO Fair Trials had seized the Interpol General Secretariat in Lyon (France) to appeal against the Red Notice* issued by the Algerian authorities. Over the past four years of proceedings, the Algerian authorities refused to cooperate with the Commission of Interpol and failed to provide clarification on Rachid Mesli's case, particularly about the charges brought against him in April 2002.

The Algerian authorities had then accused him of "having held meetings in the bush of the Dellys region (100 km east of Algiers) with a terrorist group in June 1999," even though Mesli had been at the time detained in Tizi Ouzou prison for three years, as well as "attempting to supply terrorist groups with cameras and phones" from Geneva. In March 2002, the Algerian Intelligence and Security Department (DRS) arrested two human rights defenders who were documenting cases of torture and enforced disappearances and severely tortured them to force them to testify against the Algerian lawyer.

Based on that Red Notice, Mr Rachid Mesli was arrested on the Italian-Swiss border on 19 August 2015 and brought before the Court of Appeal of Turin, which was ruling on an extradition request by Algeria. On 16 December 2015, the Italian court rejected the extradition request after noting all the inconsistencies in the international arrest warrant. The court considered the charges against Me Mesli were the result of "political persecution" and asserted that "his human rights activities have nothing to do with terrorism."

"Many dictatorships make an abusive use of such 'red notices' for political purposes, especially in the Arab world where those who criticize authoritarian regimes are routinely accused of 'terrorism', said Rachid Mesli. "Interpol must fight against crime while respecting human rights and a serious control on the data provided by the dictatorial regimes must always be undertaken. All political opponents and human rights activists wanted by the INTERPOL live in fear of being arrested and extradited, at any time, to a country where they risk being tortured and subjected to unfair trials. "

* INTERPOL Red Notices, are requests for cooperation and alerts aiming at assisting the national police forces in identifying and locating persons wanted by national jurisdictions or International Criminal Tribunals based on an arrest warrant or court decision with a view to their arrest and extradition. Number of INTERPOL member countries recognizes the red notice as a request for provisional arrest.