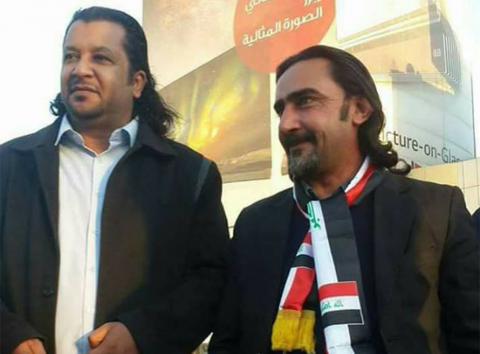 Throughout February and March 2018, Iraqi human rights defenders Faisal Al Tamimi and Iyad Al Roumy have been subjected to threats and attacks in retaliation for speaking out against the practice of enforced disappearances in the country and for calling on Iraq to join the International Criminal Court (ICC).

Al Tamimi and Al Roumy both work as volunteers at Al Wissam Humanitarian Assembly, an NGO that documents cases of enforced disappearances in Iraq and which has submitted, together with Alkarama, over a hundred cases to the United Nations Committee on Enforced Disappearances (CED).

Al Tamimi and Al Roumy organised and attended a conference in Karada on February 3, 2018, during which they urged Iraq to join the ICC and raised the issue of enforced disappearances in the country. On February 1, as they were walking near the Culture for All Center in Karada following a meeting to prepare for the conference, three cars approached them and a man threatened to kill them if they were to take part in the conference.

Following the conference, on February 5, 2018, a man in a car opened fire on them near the Sheikh Maruf Square in Baghdad. After Al Tamimi received medical treatment at the Medical City Hospital in Baghdad, the two victims tried to submit a complaint at the Juafir police station, but the officers delayed the complaint procedure. On March 4, 2018, both Al Tamimi and Al Roumy received threats through Facebook messages.

According to the victims, the reprisals were carried out by members of a militia from the Popular Mobilisation Forces (PMF). The PMF has been included formally in the country’s security forces since March 8, 2018 after a decree was issued by the prime minister. The two victims have also reported that other participants in the conference were threatened by militias and that some were arrested by the authorities and later released.

Al Tamimi, as well as several other members of Al Wissam Humanitarian Assembly, had already been subjected to reprisals as a result of their work documenting cases of enforced disappearances. On March 6, 2016, Al Tamimi and another member of the NGO were arrested by military officers at a checkpoint in Baghdad and taken to an unknown location, where they were severely beaten and interrogated over their work with families of the disappeared, before being released later that night.

On March 23, 2018, Alkarama submitted the cases of Faisal Al Tamimi and Iyad Al Roumy to the United Nations Special Rapporteur on the situation of human rights defenders (SRHRD), requesting that the independent expert call upon the Iraqi authorities to immediately cease all acts of reprisals against the two human rights defenders and to open an investigation into the violations committed in order to hold the perpetrators accountable.