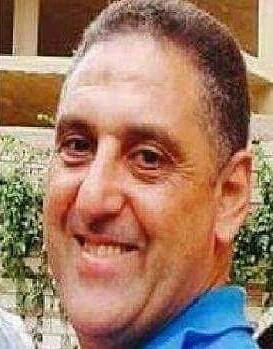 On March 27, 2019, journalist and head of Mada Foundation, Hisham Jaafar, was released upon decision of the Cairo Central Criminal Court, after spending over three and a half years in prison.

On August 21, 2018, the Working Group on Arbitrary Detention (WGAD), following a complaint filed by Alkarama, adopted a decision confirming the arbitrary nature of Jaafar’s detention and calling for his immediate release. The WGAD also expressed concern over the “systematic nature” of arbitrary detention in Egypt in recent years, warning that it might constitute a crime against humanity.

The court decided to free the journalist while imposing precautionary measures to continue investigating the accusations against him, including his alleged “affiliation to a terrorist group” and “receiving funds from foreign entities”. Jaafar has repeatedly denied these charges reiterating that he has been detained in retaliation for his work as a journalist.

On October 21, 2015, a state prosecutor along with police officers stormed into the Mada Foundation office. While not showing any arrest or search warrant, the police searched the MADA office as well as nearby offices, and confiscated hardware devices, and staff’s ID cards and closed the building completely.

On the same day, the prosecutor and police broke into his home, terrifying his family, searching the house and confiscating all documents, and hardware devices such as computers without showing a search warrant or revealing the whereabouts of Jaafar.

Jaafar was later accused of joining and supporting a banned group and his name was put in the list of terrorists displayed in the official Gazette on January 17, 2017. However, he believes that he has been detained for his opinions opposing the current regime and for his work as a journalist.

During his detention, Jaafar has been secretly kept for four days in Sheikh Zayed State Security compound five where, blindfolded and handcuffed he was interrogated without a lawyer. Afterwards, he was moved to Tora Maximum Security Prison (also known as “Aqrab prison”), where he was regularly subjected to inhumane, cruel and degrading treatment and torture. He was kept for long times in a bare cell in solitary confinement. He was also deprived from food or drinkable water or proper medical care.

Over the past three years and a half, Jaafar’s family was repeatedly prevented from visiting him as he was only visited a few times for a few minutes. In addition to that, his lawyer was not able to assist him properly during hearings as he was either not informed, or misinformed, about the date or place of the hearings.

During the whole period of detention, Jaafar was not brought before a judicial authority and his detention was extended every 45 days for more than three years.

The UN calls for the release of Hisham Jaafar

In August of last year, the United Nations Working Group on Arbitrary Detention published an Opinion determining that journalist Hisham Jaafar was detained arbitrarily as he was kept for prolonged period without trial, while accusations brought against him were vague and lacking any material evidence. The WGAD stated that the real reason of his detention seemed to be related to his political opinions and journalism work, as he was repeatedly interrogated on his work. Therefore, the WGAD called for his immediate release, while expressing concerns about the widespread practice of liberty deprivation in Egypt stating that “this indicates a systemic problem with arbitrary detention in Egypt, which, if it continues, may amount to a serious violation of international law” including crimes against humanity.

On March 27, 2019, the Criminal Court of Cairo decided to release Jaafar with precautionary measures for allegedly the purpose of “continuing investigation”. These measures include a travel ban, and appearing at the local police station daily or periodically, and not being allowed to leave the house without being followed by a security officer.

“The release of Mr Jaafar is a welcome step, however it is important to recall that the media as well as anyone making use of his right to freedom of opinion and expression n in Egypt continue to be censored, as more journalists and activists are getting arbitrarily arrested,” said Rachid Mesli, Legal Director at Alkarama. “Hundreds of activists and journalists in Egypt have been detained and tried under the vague provisions of 2015 Anti-Terrorism Law: they must all be freed,” he added.