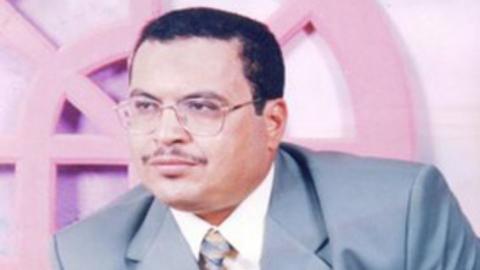 On 9 October 2020, Alkarama sent a complaint to the Working Group on Arbitrary Detention (WGAD) on behalf of Dr Hossam Abouelezz, the former governor of Qalyubia, arbitrarily detained since September 2013. The complaint asks for an urgent action to be taken given that Dr Abouelezz is detained in solitary confinement and is denied access to his family, to a lawyer and to medical care. His particularly cruel conditions of detention amount to a form of torture of both the former governor and his family, and are putting his life directly at risk, amidst the Covid-19 pandemic.

Dr Abouelezz, a university professor in engineering, was appointed as governor of Qalyubia Governorate following the election of Mohamed Morsi to the presidency. He remained in his position until the military coup that ousted democratically elected president Mohamed Morsi and saw the rise to power of Abdel Fattah el Sisi. After the coup, Dr Abouelezz lost his position as governor.

On 17 September 2013, as he was in a car with a friend in Hadaeq Al Qubbah District, Cairo, Dr Abouelezz was stopped during a random police control. According to witnesses, when the policeman checked Dr Abouelezz’s identity, he made a phone call and immediately took him and his friend to an unknown location, without giving a reason for the arrest.

Dr Abouelezz was then kept in a state of enforced disappearance by the State security forces for two months. After this period, his family was informed that he was detained in the Tora Maximum Security Prison, known as the “Scorpion prison” along with hundreds of political detainees and in inhumane conditions.

Meanwhile he had been charged in a secret hearing by the State Security Prosecution with “premeditated murder”, “participation in premeditated murder”, “incitement to premeditated murder”, and “seizure and possession of weapons” in one of the mass trials which were carried out following the dispersal of the Rabaa sit-in. He was sentenced to death in 2015, in the Raba’a operation room case, by Judge Nagi Shehata, known as the “executioner”. The Raba’a operation room sentences were subsequently quashed and subjected to a retrial, after which he was sentenced to life imprisonment under new charges of “participating in beating that resulted in death”. In other instances of individuals tried in this case, complaints submitted by Alkarama to the WGAD led the experts to declare that the Raba’a operation room trial was blatantly unfair. This particular mass trial, which has led to the imposition of mass death sentences, was also described by the High Commissioner as “outrageous” and a “mockery of justice”.

Furthermore, due to the large and systematic crackdown on the opposition including the Muslim brotherhood, the UN independent experts previously declared that Al Sissi’s government was responsible for a “collective punishment meted out by the Government and courts over the past six years to the real or perceived members of the outlawed Muslim Brotherhood, including senior figures from the Morsi administration” and that the “series of publicized, mass trials also leaves no doubt about the collective nature of punishment”. These practices were qualified by the WGAD as amounting to “guilt by association and discrimination by the Government on the basis of political opinion that aims at ignoring the equality of human beings”.

For the past 7 years, Dr Abouelezz has been detained in the infamous Tora Maximum Security Prison – also known as the “Scorpion prison”, in solitary confinement in a small cell without any natural light. He is denied any form of communication with the outside world, including with his family – who does not even know if he is still alive. Despite the numerous requests filed by the family and their lawyer to the detaining authorities, they have been continuously denied the right to visit him or to talk to him since his arrest. His children have been allowed to speak to him only twice on the phone over the past seven years.

These conditions of detention have been recognised in international law to constitute a form of torture, not only against the detainee, but also against his family since they live under a constant fear for his life.

These conditions, such as prolonged solitary confinement and denial of medical treatment for diabetes, are similar to the ones in which the former president Mohamed Morsi was kept, which may have been the direct cause of his death, according to UN independent experts. Similarly, to former president Morsi, Dr Abouelezz is “effectively being killed by the conditions” under which he is held and denied medical treatment” and such treatment appears to be “intentional or at the very least allowed to happen through the reckless disregard” for his life and fate”.

Information collected by numerous civil society organisations from inmates, families and lawyers shows a systematic practice by the authorities of subjecting political detainees to torture and cruel, inhumane and degrading treatment in this detention facility. As in the case of Dr Abouelezz, political detainees are denied access to the outside world for lengthy periods of times, denied basic hygienic items, subjected to long solitary confinements, beaten and humiliated daily.

Alkarama argued that Dr Abouelezz is arbitrarily and unlawfully deprived of his liberty and that, throughout his detention, he has been denied all guarantees provided for under international human rights law, on a discriminatory basis. Alkarama, therefore, requested that the WGAD recognise his detention as arbitrary and request his immediate release as well as an enforceable right to compensation.

However, and given the particularly cruel conditions of detention of Dr Abouelezz, Alkarama requested the experts to urgently call for his immediate release. Since the outbreak of the Covid-19 pandemic, numerous experts recommended that states “[u]ndertake the immediate, unconditional release of all prisoners whose incarceration is illegal or arbitrary under international law, including all children, prisoners of conscience, religious prisoners as well as political prisoners”.

Similarly, the World Health Organisation and the UN High Commissioner for Human Rights issued common guidelines calling on states to immediately release, and as a matter of priority, “persons with underlying health conditions (...) and those detained for offences not recognized under international law”. Alkarama firmly believes that Dr. Abouelezz should be immediately released, as a matter of law and humanity.