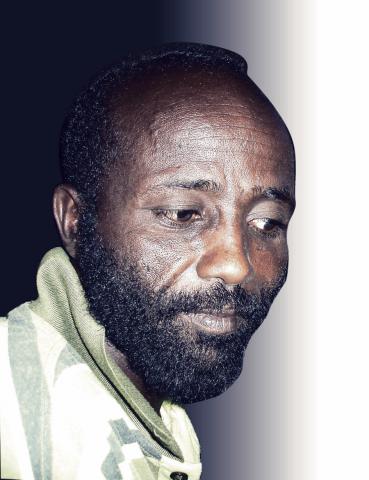 Mohamed Ahmed Edou known as Mohamed Djabha, the oldest political detainee in Djibouti was sentenced to 15 years of imprisonment on 18 June 2017. This member Eritrean-born Djiboutian long-time political opponent and member of the Front for the Restoration of Unity and Democracy party was arrested on 1 May 2010 by the Djiboutian army. He was later accused of creating a “paramilitary organisation” and of “collaborating with a foreign power”. After seven years, and in spite of the numerous calls for his liberation, he remains arbitrarily detained in the Gabode prison in inhumane conditions, in a concerning health state.

Following his arrest in 2010, Mohamed Djabha was held in secret for 58 days in different places of detention under the control of the Military Intelligence Services, without any legal process. In the course of his detention, he was brutally tortured and forced to sign a document written in French –  a language he does not understand. These coerced confessions were then used to charge him with the crimes of “organising an armed group with the aim of committing attacks in the country in collusion with a foreign power”.

Brought before the Criminal Court of Djibouti on 18 June 2017, he was sentenced to 15 years of imprisonment regardless of the numerous violations of his most fundamental rights. His lawyer, M. Zakaria Abdillahi, denounced all these violations during the trial and expressed serious concern over the possible deportation of his client to Ethiopia, where he would have been at risk of torture or even execution. The outcome of his trial which was held on 18 June 2017 “was not surprising” according to his lawyer: Mohamed Djabha – who is already in a concerning health state – was sentenced to 15 years of imprisonment by the Criminal Court after an unfair trial.

“This sentence is contrary to both the international obligations of Djibouti and to Djiboutian law” said Radidja Nemar, Regional Legal Officer for the Nile and the Maghreb at Alkarama. “Mohamed Djabha’s most fundamental rights were violated by the authorities, he did not benefit from a fair trial. We call upon the authorities to release him”, she concluded.