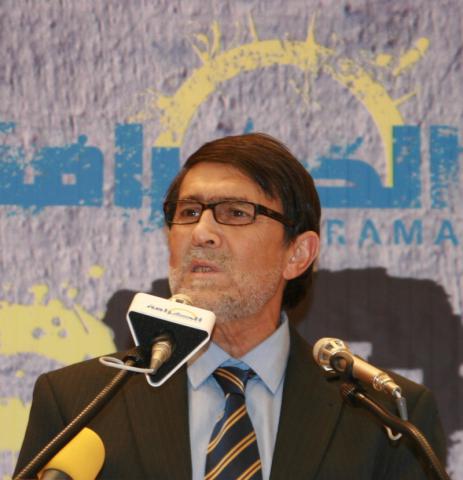 The Italian authorities are currently detaining Alkarama's Legal Director, Rachid Mesli, in the Italian prison of Aosta. Me Mesli was arrested at the Swiss-Italian border on Wednesday 19 August 2015 on the basis of an arrest warrant issued by the Algerian authorities in April 2002, which claims that he "had contacts with terrorists in Algeria" and was "a member of a terrorist group operating outside Algeria." Alkarama deplores the arrest, on political grounds, of its Legal Director, and in particular the role played by Interpol into all this.

Me Mesli was arrested at around 10am at the Swiss-Italian border post of the Great Saint-Bernard tunnel in the Valley of Aosta, where he was going on holidays with his wife and 14-year-old son. After checking their identity documents and thoroughly searching the car, the Italian police contacted the Swiss and French police for a background check, which did not reveal any irregularity. They then contacted Interpol, after which they took Me Mesli to the police station of Aosta, 30km away, with his wife and son following him in their car escorted by police. At 6.45pm, the Commissioner of Aosta informed Me Mesli that he was arrested on the basis of an Algeria warrant and that the Tribunal of Torino was going to look into the matter. Me Mesli is still detained at this time in Aosta and has not yet been heard by a judge.

"The charges against Rachid Mesli are ludicrous," says Mourad Dhina, Alkarama's Executive Director. According to the arrest warrant, Me Mesli was accused in 2002 of "providing telephone information to terrorist groups," as well as "attempting to supply terrorist groups with cameras and phones," twisting the human rights lawyer's actual work contacting victims of human rights abuses and their families.

We remind that many NGOs, such as Fair Trials international, have criticised Interpol for not performing serious validity checks on arrest warrants, which are clearly based on political considerations, a disposition that is contrary to Article 3 of Interpol's Constitution, which states that "it is strictly forbidden for the Organization to undertake any intervention or activities of a political, military, religious or racial character."

Alkarama is following the situation very closely, and calls for the immediate release of Rachid Mesli. Alkarama also asks that international bodies, such as Interpol, as well as European governments avoid falling into the trap of fabricated charges initiated by governments notoriously known for abusing human rights.

Rachid Mesli is an Algerian human rights lawyer and activist living in Geneva and acting as the Director of the Legal Department of Alkarama.

On 31 July 1996, he was abducted at gunpoint from his car by four members of the security forces. He was then detained secretly for over a week, repeatedly beaten and threatened with death and eventually charged with belonging to a terrorist group. In July 1997, he was acquitted of this charge and instead convicted of having "encouraged terrorism," a charge that had not been brought against him during the trial and against which he had no opportunity to defend himself. Amnesty International said the trial had "clearly violated international standards for fair trial." In 2000, fearing for his and his family's safety, he left the country to live in Switzerland where he was granted political asylum. On 6 April 2002, an international arrest warrant was issued against Mr Mesli for "belonging to a terrorist group," and he was later sentenced to 20 years in prison in abstentia on these grounds.

Rachid Mesli is Co-founder of Alkarama and member of Amnesty International Switzerland.