Algeria: The son of a victim of summary execution arrested in retaliation following a Human Rights Committee decision 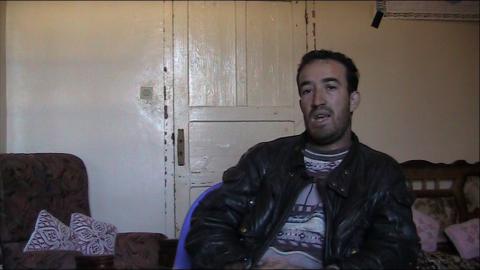 On 27 February 2017, Alkarama sent an urgent appeal to the United Nations Human Rights Committee (HRC) following the arrest of Mr. Rafik Belamrania, the son of Mohammed Belamrania. The latter was arrested in 1995, tortured and summarily executed by the Algerian army. His son had lodged a complaint with the Human Rights Committee in order to recognize the serious violations his father and his family were subjected to. Alkarama denounces the reprisals of the Algerian authorities against the families of these victims who have no other recourse but to address to the international bodies after trying in vain to obtain justice in Algeria.

On 17 February 2017, two weeks after the communication of the Committee's decision was transmitted to the Algerian authorities, Rafik Belamrania was summoned to the central police station of the wilaya Jijel province. He then informed Alkarama of his fear that this summon was motivated by the HRCs decision, especially since he is very active in defending the rights of children of disappeared persons  within the Mish'al Association of Jijel, which he co-founded.

On 20 February 2017, at 1 pm, Belamrania went to the police station where he was questioned about an alleged Facebook account he was accused of using to “smear” members of the local government by accusing them of corruption. However, the interrogation’s focus quickly shifted to his complaint to the UN committee and his activism for the rights of families of victims of enforced disappearances in Jijel.

On the same day, a search was carried out at his home, resulting in the seizing of all the documents related to the MISH'AL association as well as to the complaint he filed before the UN Committee.

The following day, Rafik Belamrania was brought before the General Prosecutor of Jijel and charged for "incitement to terrorism". It should be recalled that, this incrimination has been used several times by the Algerian authorities as a pretext to prosecute activists and bloggers, but this is the first time it is being used against a family member of a victim after having filed a complaint with the Human Rights Committee.

"The arrest and the indictment of Rafik Belamrania constitute unacceptable retaliation and a particularly serious precedent as it is a clear violation of his fundamental right to seek justice and truth about the crimes committed against his father" said Rachid Mesli, legal director of the Alkarama Foundation; "Both his activism within the MISH'AL Association and his complaint with the Human Rights Committee after years of trying to obtain justice in his country are legitimate and the Algerian authorities should refrain from any form of reprisals against those who have the courage to exercise their rights as citizens" he concluded.

Alkarama therefore asked the Committee to urgently call on the Algeria to respect its international commitments as a State party to the International Covenant on Civil and Political Rights, to cease reprisals against rightsholders who seize the Committee and to immediately release Rafik Belamrania.