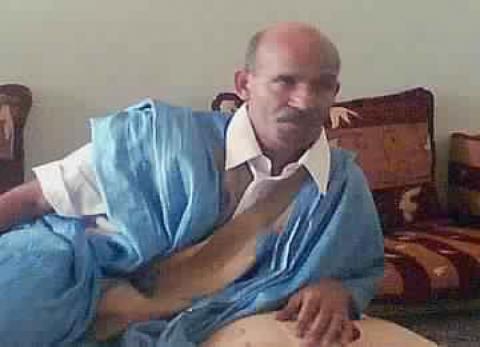 The Human Rights Committee (HRC) was seized in November 2016 by Alkarama concerning the case of Ahmed Khalil Mahmoud Braih, one of the founders and main leaders of the Polisario Front, who was kidnapped by DRS (Algeria’s Intelligent Services) agents in the centre of Algiers on the morning of 6 January 2009. In its decision of 27 March 2020, published on 27 July 2020, the HRC not only upheld the family's requests but also went beyond the individual situation of the Braih family, raising the issue of the lack of effective remedy for Sahrawi refugees in the territory before the Algerian courts.

The story of Ahmed Khalil Mahmoud Braih
Ahmed Khalil was in charge of human rights in the Tindouf camps within the Polisario, an issue on which he had expressed deep disagreement with the other leaders of the movement, particularly in view of the serious violations committed in these refugee camps.
In January 2009, Ahmed Khalil travelled to Algiers at the request of the Polisario General Secretariat on the pretext of giving a lecture at the University of Algiers. In the morning of 6 January 2009, as he was leaving the Polisario office near Bardo Museum in the centre of Algiers to go to the University, he was forced by plain clothes men to get into an unmarked vehicle and was taken to an unknown location.
Having had no news of him, his children approached the Polisario Front leaders in the following days to inquire about his fate, to no avail. It was only two months later that one of the leaders of the movement in Algiers, who had visited him, informed them of Ahmed Khalil’s detention at the Algerian military prison in Blida.
Two years later, in April 2011, after multiple attempts with the Polisario Secretary General, the victim's eldest son was able to visit to his father at the Blida military prison, where he went accompanied by a member of the Polisario. On this occasion, the victim's son was able to talk to him for about twenty minutes, merely giving general news about the family, under strict surveillance by Algerian military personnel. He was though unable to obtain any information about the reasons for his arrest and detention and about possible legal proceedings before the military court. Ahmed Khalil, who seemed worried and tired, simply told his son he did not have a lawyer.
This was the last time they saw each other. His son nonetheless returned several times to the military prison in the following weeks to try to see his father again and hand over clothes and personal belongings. He was not allowed to have any contact with him ever again; military guards at the entrance only told him that he could leave the personal effects and that they would be handed over to him.
Several relatives of the victim's family continued to demand his release, but received no response. However, because of their insistence, they were subjected to threats and intimidation by Polisario agents and some of them were even forbidden to leave the Tindouf camps.
Discouraged by the attitude of the Polisario leaders and the Algerian authorities who refused after nearly 8 years to clarify the fate of his father, Rachid Khalil referred the matter to the UN Working Group on Enforced or Involuntary Disappearances (WGEID). Despite the formal request transmitted by the WGEID to the Algerian authorities, they still refused to give the reasons for Ahmed Khalil's incommunicado detention.
The recourse to the UN led to new threats against Ahmed Khalil's family by members of the Polisario, who persisted nonetheless in promising to resolve the problem 'unofficially with the Algerian authorities on condition that the family stop all actions abroad'. In desperation, several of the victim's children were forced to flee the Tindouf camps and seek asylum in Europe for fear of further reprisals.

The Committee's decision
In its decision published on 27 July 2020, the HRC found that Ahmed Khalil was "potentially still being held incommunicado by the Algerian authorities and is a victim, together with his family, of enforced disappearance from 6 January 2009 to April 2011 and from April 2011 to date". This situation has also been recognized as a form of torture, not only against the victim, but also against his family because of the severe suffering caused by the disappearance of a relative.
Furthermore, the Committee's experts acknowledged that the impossibility of judicial recourse after the de facto devolution of the State party's jurisdictional powers to the Polisario Front, as well as the lack of effective remedies for those in the Tindouf camps, continue to deprive Ahmed Khalil and his family of any access to their legal rights.
The Committee therefore recalled Algeria's international obligations towards the victim, his family and all Saharan refugees on Algerian territory, including in the Tindouf camps.
The Algerian State is therefore required to conduct a prompt, effective, exhaustive, independent, impartial and transparent investigation into the disappearance of Ahmed Khalil Mahmoud Braih and to provide the family with detailed information on the results of that investigation. The UN committee added that the authorities should immediately release Ahmed Khalil Mahmoud Braih if he is still being held incommunicado and, in case Ahmed Khalil Mahmoud Braih is deceased, to return his remains to his family in a dignified manner, in accordance with the cultural norms and traditions of the victims. Finally, the authorities were called upon to prosecute the perpetrators of these serious violations and to provide the victim and his family with full reparation, including adequate compensation.
With regard to the Sahrawi refugees living in the Tindouf camp, the Committee recalled that the devolution of powers by the Algerian State to the Polisario Front did not mean that the Algerian authorities would relinquish their responsibilities to protect human rights of the residents of the Tindouf camps. This means that the Algerian state must ensure the freedom and security of individuals as well as access to the Algerian courts for anyone in the Tindouf camps.

What next?
As an adherent to the Optional Protocol of the International Covenant on Civil and Political Rights, the Algerian State is obliged to comply with the Committee's requests regarding Ahmed Khalil Braih and his family and to ensure that the rights of all Sahrawi refugees present in Tindouf are protected. The Committee has asked the Algerian authorities to confirm within 180 days what measures it has actually taken to give effect to the decision.