ALGERIA: THE DISAPPEARANCE OF THE LAWYER MESSAOUD MENNICHE BEFORE THE UN HUMAN RIGHTS COMMITTEE 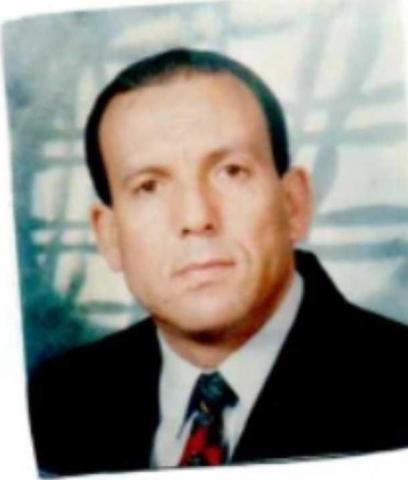 Alkarama submitted, Monday, 28 July 2020, a communication to the United Nation Human Rights Committee concerning the case of Dr Messoud Menniche, an Algerian lawyer who has been arrested by the security services of the wilaya of Blida on 6 April 1996.
Upon Mr Menniche arrival in the parking lot in front of his house in Al-Horriya de Ouled Yaiche,in the evening of 6 April 1996, a vehicle without licence plates halted in front of him and several man in plainclothes seized him and forced him into the trunk of the their vehicle. Meanwhile, one of the assailants took the victim’s car away, which was later found completely burnt near the headquarters of the local brigade of the National Gendarmerie.
The whole scene was witnessed by the victim’s two daughters who were waiting for their father on the balcony of their apartment, and by the parking lot attendant.
A few days earlier, Mr. Menniche, who had filed a criminal complaint against Ms Adrouch Jaouhara, the secretary of his clients who were victims of fraud and breach of trust, had been threatened by the latter who was taking advantage of her relations and the protection of General Djebbar Mehenna, commander of the Blida Territorial Center for Research and Investigation (TCRI). This barrack of the intelligence services of the 1st military region remains notorious for the thousands of people who have been tortured there or have disappeared for good.
Before his abduction, Mr Menniche had written a letter to the President of the Algerian Bar Association, to inform him of these threats and to express his fears of reprisals from Ms Adrouch. He also informed several of his colleagues of the risks he faced because of the relations maintained by Ms Adrouch with the local security authorities who had, in that time, a right of life or death over the population.
One of his colleagues in fact reported a few days later to the victim’s family that he received information according to which Mr Menniche had indeed been taken to the barracks of the TCRI in Blida.
Despite all the measures taken to the family to locate Mr Menniche, no investigation have been initiated by either the Gendarmerie or the prosecutor’s office and none of the witness have been heard. On the contrary, days after having agreed to testify, the park attendant who witnessed the abduction was found dead in a well.
In its communication, Alkarama requested The Human Right Committee to recognize the serious violations committed by Algerian authorities against Mr Menniche and his family, to urge them to immediately release him if he is still alive and, in any case, to clarify his fate by undertaking a thorough and diligent investigation into his disappearance and by punishing those responsible.