76th SESSION OF THE UN GA: MEMBER STATES INVITED BY SEVERAL NGOs TO REAFFIRM THEIR COMMITMENTS TO HUMAN RIGHTS 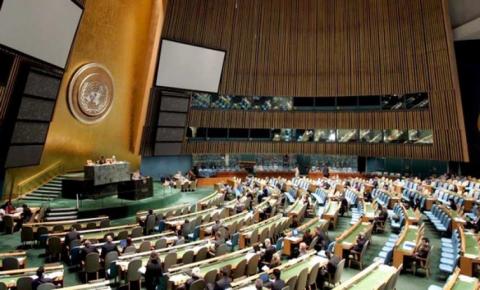 Alkarama and some 30 human rights non-governmental organisations (NGOs) have invited member states of the UN General Assembly to join the "Joint Interregional Statement on Reprisals during the Interactive Dialogue with the UN Special Rapporteur on the situation of human rights defenders". This statement was presented on Thursday 14 October 2021 by the United Kingdom, on the occasion of the 76th session of the Third Committee of the UN General Assembly, which opened on Tuesday 21 September 2021 in New York.

The NGOs all drew attention to the importance of States working with the United Nations (UN) in the fight for human rights. They called on States to strengthen their cooperation with the UN and particularly with Ms. Ilze Brands Kehris, Assistant Secretary-General for Human Rights, in fulfilling her mandate to combat reprisals, and to support civil society participation in the UN.

The Member States that joined the declaration therefore spoke out against retaliation by condemning "any act of intimidation or reprisal, whether online or offline, against individuals and groups who cooperate, seek to cooperate or have cooperated with the UN" so that they can engage with the UN without fear of intimidation and reprisal.

Finally, States were able to reaffirm their solidarity with human rights defenders, civil society actors and victims of violations around the world, as well as their commitment to the protection of fundamental rights such as freedom of expression and association.