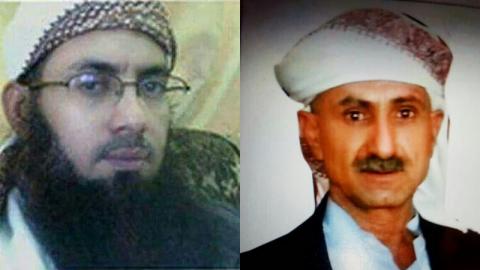 On 28 April 2016, Alkarama wrote to the United Nations Working Group on Enforced or Involuntary Disappearances (WGEID) regarding the case of two Yemeni citizens, Mujahed Mohamed Ahmed Al Hamdani and Abdulrahman Saeed Hasan Al-Buriahi, who disappeared after their abduction by the Special Security Forces of the military and the Houthi-Saleh Coalition respectively. Although the situation in the country is chaotic, Alkarama still hopes the WGEID will help shed light on their whereabouts by contacting the concerned parties.

On 1 January 2015, 50-year old soldier Mujahed Mohamed Ahmed Al Hamdani was arrested by members of the Military Special Security Forces (under control of the Hadi government) while travelling on the road between Marib and Shabwa Province. He managed to briefly call his family to inform them that he had been abducted, but did not contact them again. About a month and a half his abduction, Al Hamdani's family was informally told by the bodyguard of a prison officer that he was at the military prison of the Special Security Forces in Marib. The family intended to file a complaint about his disappearance, however they could not do so as the Hadi government lost control of the area and in the midst of the conflict there were no judicial authorities to turn to.

A year later, on 22 January 2016, 47-year-old Abdulrahman Saeed Hasan Al-Buriahi was driving home with his son, Soheib, when they were stopped by members of the Houthi-Saleh Coalition in civilian clothes at the Khamsine Avenue, in Sana'a. They were then both immediately arrested and taken to an unknown location. While Soheib was released one month later, his father Abdulrahman remains disappeared to date. His family was informally told that he is currently detained at the Political Security Headquarters, however they received no official confirmation.

In fact, Al Buriahi is a political activist and his family had already been subjected to reprisals before. On 21 March 2015, Al Buriahi's house was raided and his sons and some relatives were abducted by the Houthi-Saleh Coalition and detained incommunicado for four months before being released. After his disappearance, Al Buriahi's family asked members of the Houthi-Saleh Coalition about his whereabouts, however the latter refused to provide any information on his fate.