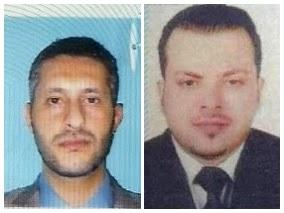 (Geneva – August 16, 2018) – The UN Working Group on Arbitrary Detention (WGAD) has published Opinion 3/2018, declaring the detention of two Jordanian IT professionals, living and working in Abu Dubai, arbitrary. Bahaa Mattar and Maher Abu Shawareb were arrested in October 2015, and sentenced to 10 years in prison in December 2017, on the sole basis of confessions extracted under torture.

On April 25, 2018, the WGAD experts ruled on their case, calling for their immediate release and the recognition of their enforceable right to reparation because their detention violated fair trial guarantees. In their decision, the UN experts reminded the UAE authorities, that this Opinion was “only one of several Opinions in which the Working Group has found the government of the [UAE] in violation of its international human rights obligations”, recalling that “under certain circumstances, widespread or systematic imprisonment or other severe deprivation of liberty in violation of the rules of international law may constitute crimes against humanity”.

Both Mattar and Abu Shawareb were arrested by armed members of the state security forces. They were not shown an arrest warrant, nor given any reason for their arrest. They were then forcibly transferred to an unknown location, where they were held in secret detention for three months.

While secretly detained, Mattar and Abu Shawareb were both subjected to torture and forced to sign coerced confessions. Mattar reported that he was forcibly stripped of his clothes and beaten all over his body, forced into stress positions for hours and threatened with harm to his family. Abu Shawareb was beaten to the point that he fell unconscious, threatened with rape and prevented from taking his medications. As a result of the severe injuries he sustained, he had to be repeatedly transferred to the hospital for urgent care and underwent three surgeries.

Mattar’s and Abu Shawareb’s families were subjected to acts of intimidation and harassment in retaliation against their repeated attempts to obtain information about the fate and whereabouts of their relatives.

In November 2015, the authorities expelled Mattar’s family from the UAE, ordering them to leave the territory on short notice. In September 2016, when Mattar’s uncle visited him, he was threatened and ordered never to come back.

Similarly, in retaliation against inquiries made about Abu Shawareb’s fate and whereabouts, his brother was arrested by the state security forces, interrogated for several hours, threatened and forced to sign a statement that he was not allowed to read beforehand.

Trial before the Federal Court of Appeal

The two men were only brought before the Public Prosecutor for the first time and charged in mid-May 2017 – more than a year and a half after their arrest.

Mattar’s and Abu Shawareb’s trial before the UAE Federal Court of Appeal began shortly thereafter. Although both victims rejected the confessions they had made under torture before the judge, they were nevertheless admitted into evidence and no investigation was ordered into their allegations.

Both defendants were only allowed to mandate a lawyer in July 2017, after their trials had already began. What is more, they were tried in closed hearings, and the defence team was not permitted to cross-examine the evidence used to incriminate the defendants or present any exculpatory evidence.

On December 26, 2017, Mattar and Abu Shawareb were sentenced to 10 years in prison and a fine of one million Dirhams (300,000 USD), on the basis of terrorism-related charges. The Emirati authorities failed to inform their families of the exact nature of the charges against them, despite repeated requests made on their behalf by the Jordanian embassy in the UAE.