UAE: Appeal by the daughter of Abdul-Razzaq Al-Siddiq, a prisoner of conscience 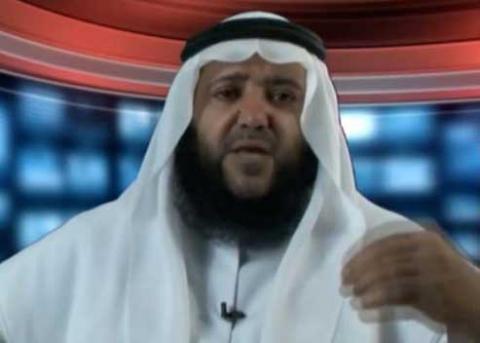 Alaa, the daughter of of Abdul-Razzaq Al-Siddiq, one of prisoners of conscience in the United Arab Emirates made an appeal to all human rights organizations to help put an end to the suffering of her father who had been detained since April 2012.
Alaa said "I have not heard his voice for 8 years! My father is a Sharia professor… he has not established a secret organization… my father is innocent."
Muhammad Abdul Razzaq Al-Siddiq, who is detained in a UAE prison and whose citizenship, together with three of his children, was withdrawn, was subjected to enforced disappearance and torture, and ultimately sentenced to 10 years imprisonment in an unfair trial.
Al-Siddiq is one of 94 detained political opponents whose case has been followed by Alkarama for years. We also recall that a coalition of seven international human rights organizations (Alkarama, Amnesty International, the Arab Network for Human Rights Information, the Cairo Center for Human Rights Studies, the Gulf Center for Human Rights, Human Rights Watch, and the International Federation for Human Rights) condemned serious violations committed by the UAE authorities against them, and demanded an investigation into allegations of torture and denial of the right to a fair trial;
These 94 defendants, including eight being tried in absentia, face prison terms of up to 15 years for allegations of violations of Article 180 of the Penal Code that prohibits the “creation, organization or management of an organization aimed at overthrowing the state’s system of government”. Among the detainees are prominent human rights lawyers Muhammad al-Roken and Muhammad al-Mansoori, Judge Muhammad Sa`id al-Abdouli and university professor Hadef al-Owais.
Many of the detainees belong to an Emirati organization called the Association for Reform and Social Guidance, which is a nonviolent movement that has engaged in a peaceful political dialogue in the UAE for several years, and demands more adherence to Islamic teachings.
It is worth noting that the UAE does not only violate civil and political rights, but also intends to criminalize these rights under various pretexts and seeks to impose its views and policies towards human rights in other Arab countries, in flagrant violation of international human rights law.