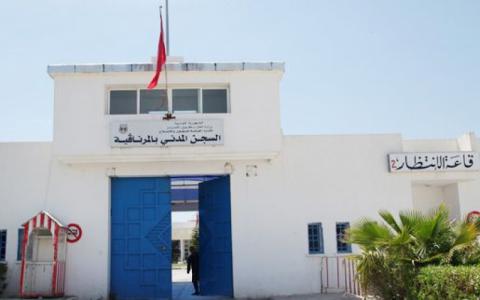 On 14 September 2015, Alkarama sent an urgent appeal to the United Nations Special Rapporteur on the right of everyone to the enjoyment of the highest attainable standard of physical and mental health (SR Health) and the Special Rapporteur on torture (SRT) regarding the case of Radhouane Gharsallaoui, who was arrested by the anti-terrorist brigade on 30 November 2014. Held incommunicado for several days, Gharsallaoui is currently detained in the civilian prison of Mornaguia, 15km west of Tunis, where his state of health has deteriorated considerably since he was denied medical treatment by the prison authorities a few months ago.

Shortly before his arrest, Gharsallaoui found he was suffering from an illness causing him a strong form of rheumatism, severe headaches and pain all over his body. His doctor had thus prescribed him a treatment and medical tests after a six-month period, in order to adjust the treatment accordingly. If, during the first months of his detention, his family made sure that he received his medicines regularly, after six months Gharsallaoui was refused his medical treatment and the tests prescribed by his doctor.

In mid-August, as a form of protest, Gharsallaoui went on hunger strike for about a week; the only reply his family and lawyers received to their repeated requests was the prison administration's consent to submit the victim to a blood test in late August. To this day, however, Gharsallaoui has neither received the results of the tests which should have been carried out, nor been authorised to resume his treatment, let alone to see a doctor.

As a consequence, his physical condition has significantly deteriorated since the interruption of his treatment, as his wife was able to notice, once more, during a recent visit. Among other things, her husband was unable to move, and had lost the use of his hand for several days. Assigned to an overcrowded and insalubrious cell, where 110 prisoners are crammed into a room originally designed for 40 people, Gharsallaoui is moreover required to share meals from a common dish with 15 other detainees, and has to take turns to sleep in a bed that he shares with two or three other detainees.

According to his wife, he is now unrecognisable: "From visit to visit, my husband loses weight every time a bit more, but he gives me very little information about his detention conditions and his state of health; I assume he wants to protect us," she explains.

Alkarama, which shares the Gharsallaoui family's concerns regarding his health asked the UN Special Procedures on human rights to urgently call upon the Tunisian authorities to make all efforts to provide Radhouane Gharsallaoui with proper treatment and medical care and to improve his prison conditions.