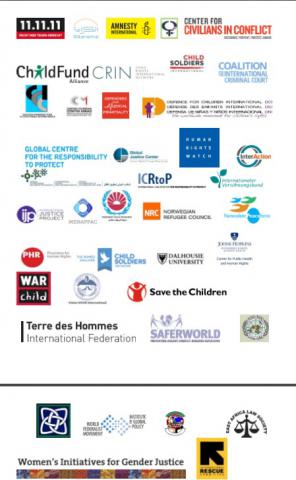 As organizations working to protect the rights of children in armed conflict, we are dismayed by your reported decision to “freeze” any new additions of parties to conflict that commit grave violations of children’s rights to the annexes to your 2017 annual report to the United Nations Security Council on children and armed conflict. We urge you to reconsider, and issue an updated list with your report, including all perpetrators responsible for patterns of grave violations against children in 2016.

Since the Secretary-General’s list was first instituted in 2002, it has been an invaluable tool in efforts to curb grave violations against children in armed conflict. By stigmatizing perpetrators, whether governments or non-state armed groups, the list creates pressure on parties to armed conflict to comply with international law, which has yielded many positive results. Over 25 governments and non-state armed groups have signed UN action plans and taken steps to end grave violations against children in order to be considered for “de-listing,” and more than 100,000 children have been released by armed forces or groups.

In the past two years, some Member States have exercised undue pressure, including threats to withdraw UN funding, to avoid being listed in your annual reports, despite UN-verified evidence pointing to grave violations of children’s rights. In 2015, then UN Secretary-General Ban Ki-moon succumbed to pressure to prevent the listing of the Israel Defense Forces, in spite of a recommendation from his then Special Representative, Ms. Leila Zerrougui, to do so on the basis of a documented pattern of grave violations during the 2014 war in Gaza. In 2016, SecretaryGeneral Ban Ki-moon once again faced pressure, this time from Saudi Arabia, to remove the Saudi-led coalition forces from his list. The Saudi Arabia-led coalition forces had been listed for the grave violations of killing and maiming children and attacks against schools and hospitals in Yemen.

Politicization of the list is something the international community must collectively guard against. Such pressure undermines the basic principle that a party to conflict is listed for one reason alone, i.e., a pattern of documented, UN-verified evidence of grave violations against children. In response to this worrying trend, civil society organizations have called on you to put children’s rights up front and ensure a credible and accurate listing of perpetrators in 2017.

We understand that you are considering a “freeze” in part to have more time to engage with parties that are listed or may be listed. We support full engagement by the UN with parties of concern, but believe that a freeze sets a damaging precedent and undermines the list’s credibility. After fifteen years of annual lists, parties to armed conflict should be well aware that if they commit grave violations against children, they may be listed. Allowing extra time for them to make “commitments” that may or may not be fulfilled will only make the process vulnerable to additional politicization.

We believe firmly that the list should be impartial, based on UN-verified evidence, and with all parties held to the same standard. Once parties have been listed, they should have every opportunity to engage in action plans to end their violations and, once these plans are successfully implemented, be de-listed.
The evidence of grave violations against children continues to be overwhelming, and in some countries is only growing. In the face of widespread impunity, now is not the time to “freeze” new additions to the list, but to ensure that it includes all perpetrators, with no exceptions. To do otherwise would undermine your Human Rights up Front initiative, and efforts to achieve accountability.

We urge you to place all perpetrators on the 2017 list annexed to your report, and state publicly that your office is committed to an impartial list, based on evidence, not politics. Children whose lives are devastated by armed conflict deserve nothing less.