Saudi Arabia: The Working Group on Arbitrary Detention is again seized of the case of Saud AL HASHIMI who has been arbitrarily detained for 15 years. 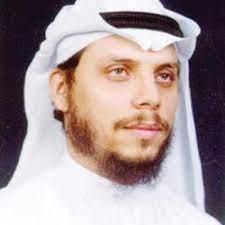 On 09 November 2021, Alkarama addressed the UN Working Group on Arbitrary Detention regarding the situation of Saud  Al Hashimi who has been arbitrarily detained since his arrest by the intelligence services (Mahabith) on 02 February 2007.

Background
On 02 February 2007, Mr Al Hashimi was arrested by the Mabahits along with eight other people in Jeddah, including Mr Moussa AL QARNI who had recently been killed in the same prison. Following a trial marred by irregularities, Mr. Al Hashimi was sentenced by the Specialised Criminal Court to 30 years in prison on various pretexts, including "financing terrorism".
Although the others were released at different times, after they agreed, under pressure from the Saudi authorities, to give up their charitable and political activities, Mr. Al Hashimi was kept in detention in inhuman conditions for refusing to submit to this diktat.
Placed in a dark cell, he was subjected to ill-treatment and torture and was forbidden any contact with the outside world.
His situation has become worrying since the violent death of Mr. Moussa AL QARNI on 12 October 2021 in detention, since both had been convicted in the same case and both had refused to renounce their civil and political rights.
Concerned about Mr Al Hashimi's situation, Alkarama has again approached the UN Working Group to request urgent intervention from the Saudi authorities.

Alkarama's first request for advice
Following his arrest, Alkarama submitted the situation of Mr Al Hashimi and his other co-detainees to the Working Group, which declared in its Opinion 27/2007, dated 28 November 2007, that his detention was arbitrary under categories I and II and called on the Saudi authorities to comply with their international obligations and release him.
However, to date, none of these recommendations have been implemented.
Although others convicted in the same case have been released at different times in recent years after agreeing to renounce their political activities under pressure from the Saudi authorities, Mr Al Hashimi has not been released.
At present, he remains arbitrarily detained in inhumane conditions.
On 09 November 2021, Alkarama therefore once again referred Mr Al Hashimi's situation to the Working Group.

The Working Group seized by Alkarama
Mr Al Hashimi was sentenced after a flawed procedure by the Specialised Criminal Court, a court under the direct control of the Ministry of the Interior and whose independence is clearly lacking.
He was not given the opportunity to challenge the legality of his detention and all fundamental legal safeguards under international law, including his right of access to a lawyer and his right to habeas corpus, were violated.
Mr Al Hashimi was convicted under the Anti-Terrorism Law for criticising the human rights situation in the country and stressing the need for reform. The anti-terrorism law criminalises peaceful dissent in Saudi Arabia and has led to hundreds of arbitrary arrests and detentions to silence peaceful dissent.
He was convicted of using his freedom of expression and association as guaranteed by Articles 19 and 20 of the Universal Declaration of Human Rights.
Alkarama therefore reiterated its call for the recognition of the arbitrary nature of Mr Al Hashimi's detention and invited the Working Group to call on the Saudi authorities to release him and cease all repressive measures against human rights defenders.