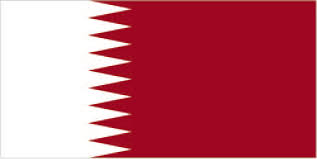 On September 11, 2017, Alkarama wrote to the Special Rapporteur on the Promotion and Protection of Human Rights and Fundamental Freedoms while Countering Terrorism (SCT) to bring to their attention the case of Mansoor Al Mansoori, a Qatari citizen who has been arbitrarily detained since August 15, 2017 by the State Security Services. Al Mansoori was presumably targeted because of his past activism, although he has long since abandoned all political activities.

Al Mansoori was stopped in his car by the Security Services on August 15, 2017, and arrested without being either shown a warrant or informed of the charges against him. Since then, he has been held in solitary confinement, denied access to his lawyer, and is yet to appear before any judicial authority.

An employee of the Ministry of Municipality and Environment, Al Mansoori is believed to have been targeted because of his past activism, which led to a previous arrest in 2013. At that time, he tried to organise a demonstration in front of the French embassy to protest against France’s military intervention in Mali. As a result of exercising his right to freedom of expression, Al Mansoori was arbitrarily detained without being charged, and released after a month.

According to the victim’s family, Al Mansoori is currently being held in the detention facility of Bin Omran in Doha, where his closest relatives were allowed to visit him once on September 1, 2017 on the occasion of Eid el Adha (the Sacrifice Feast). From that day onwards, all contact with the outside world has been suspended.

The State Security Forces continue to deny Al Mansoori’s rights to both access a lawyer and to be informed of the reasons for his confinement, arguably acting under the Combating Terrorism Law and Law on Protection of Society. In fact, according to Al Mansoori’s family, the Security Services interrogated him about the whereabouts and activities of Qatari citizens who had travelled to Syria, although Al Mansoori denied any connection with them.

Alkarama submitted Al Mansoori’s case to the SCT on September 11, 2017, requesting that they promptly intervene with the Qatari authorities to urge them to ensure the release of Al Mansoori or, at the very least, to bring proceedings before a court. On behalf of Al Mansoori’s family, we have also asked that the Qatari authorities allow him to consult with a lawyer of his choice, and that he be given adequate opportunity to communicate with the outside world.