As presidential decree orders the release of all political detainees, Sudan must provide reparations for victims and end reprisals against civil society 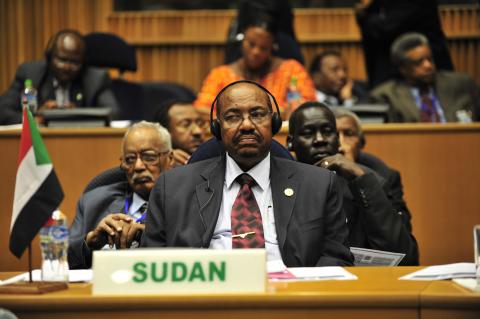 Following the issuance of the decree, at least 60 political detainees have been released, including three individuals whose cases Alkarama submitted to the United Nations Working Group on Enforced or Involuntary Disappearances (WGEID) between February and March 2018.

In the context of a wave of demonstrations across the country against the government’s austerity measures in January, numerous individuals – including members of the opposition, human rights defenders, journalists and activists – were arrested by Sudan’s National Intelligence and Security Services (NISS).

The protest, organised by the Sudanese Communist Party and supported by the National Umma Party (NUP), the Baath Party and the Sudanese Congress Party, was against the government's austerity measures, which devalued the country’s currency and cut wheat subsidies, causing the price of bread to increase.

After being held in secret detention for more than two months, Yousif El Koda was released on March 27, 2018, while El Tayeb, Mahmoud and Abdul Latif Ali were all released following the presidential decree on April 10.

“We strongly welcome the Sudanese government’s decision to release all political prisoners, but emphasise that this is the first step in a long-overdue process to ensure the rights to freedom of opinion, expression, association, and peaceful assembly are protected in national legislation in line with international standards,” said Khadidja Nemar, Alkarama’s Regional Legal Officer for the Maghreb and Nile regions.

“Not only must the government provide the victims with their right to a remedy and reparation, but it must also ensure that this decision has lasting impact by safeguarding fundamental freedoms within domestic legislation, and by putting an end to the impunity enjoyed by perpetrators of gross human rights violations.”