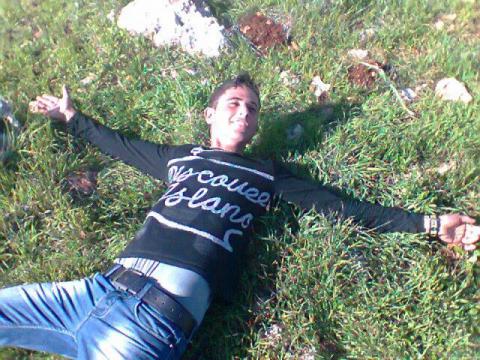 On 26 November 2015, Mohammed Mahdi Saleh Suleiman − a Palestinian teenager arrested on 15 March 2013, tortured and arbitrarily detained for more than two years awaiting trial − was sentenced to 15 years of imprisonment and to pay fine of 30,000 Shekel by the Salem Military Court for, among several other charges, "throwing stones." Mohamed is one of the five Palestinian boys from Hares – the 'Hares Boys' case – accused of "attempted murder" by way of throwing stones who have been detained since their arrest over two years ago and sentenced to similar penalties.

Alkarama, having already denounced on 7 July 2015 the arbitrary character of Mohammed's detention to the United Nations Working Group on Arbitrary Detention (WGAD), on 22 December 2015 addressed the WGAD again to inform the five UN experts of the harsh sentencing.

Mohamed's severe sentence is the last of a series of violations. On 15 March 2013 at 3am, the Israeli Defence Forces (IDF)'s General Staff Reconnaissance Unit – a special force and top-secret unit known as the "Sayeret Matkal" – broke into Mohammed's family house and beat him up before locking him into a separate room of the house where they questioned him until 7am about his and his friends' alleged stones throwing at cars driving along Route 5 towards Tel Aviv – a highway to the Israeli mega-settlement of Ariel – causing a car accident the previous day.

Mohamed was then brought to Al Jalame prison in northern Israel – a major detention centre for Palestinian children arrested by the Israeli forces – where he was interrogated again and forced to sign a document that he was prevented from reading. Detained in appalling conditions and denied access to his family or a lawyer for the 21 days he spent at Al Jalame, Mohammed suffered the same treatment during the following first 19 days of his detention in Megiddo prison where he is still currently detained.

"When I was able to meet him for the first time, I found Mohammed frightened and in distress," said Mohamed's lawyer to his family. "In addition to being often beaten up, he was strip-searched and shackled during the interrogation and subsequently kept in solitary confinement. This treatment violates several provisions of the Convention on the Rights of the Child, binding upon Israel by virtue of its ratification in October 1991. It is unacceptable," she added.

A trial before a military court and severe sentencing

It is only on 9 April 2013, more than two weeks after his arrest, that Mohammed was brought before a court – the Salem Military Court, which, on 29 April 2013 charged him and the other Hares boys with more than 20 charges, including "attempted murder." For the following two years, more than 20 hearings, which Mohammed's parents were forbidden from attending, were held, systematically prolonging Mohammed's detention in complete disregard of his right to be tried "without delay," as provided under Article 40 of the UN Convention on the Rights of the Child (UNCRC), and Article 14 of the International Covenant on Civil and Political Rights (ICCPR) ratified by Israel in October 1991.

Concerned about this severe sentence, Alkarama addressed again the UN Working Group on Arbitrary Detention (WGAD), denouncing the fact that Mohamed's sentence violates fundamental safeguards provided by the UN Convention on the Rights of the Child (UNCRC) such as article 40 of this Convention, according to which "State parties recognize the right of every child alleged as having infringed the penal law to be treated in a manner consistent with the promotion of the child's sense of dignity and worth, which (...) takes into account the child's age and the desirability of promoting the child's reintegration and the child's assuming a constructive role in society."

Concerned that − despite repeated requests, including by the United Nations Human Rights Committee (HRCtee), to ensure that any arrest and detention of a child is in conformity with International Humanitarian Law and International Human Rights Law − the Israeli authorities are tightening their measures against children sentenced for throwing stones, Alkarama also calls upon Israel to actively reform its judicial system to put it in line with international human rights standards. Israel must immediately put an end to the "widespread, systematic and institutionalised ill-treatment of children who come in contact with the military detention system," a pattern denounced by the United Nations Children's Fund (UNICEF) in 2013.