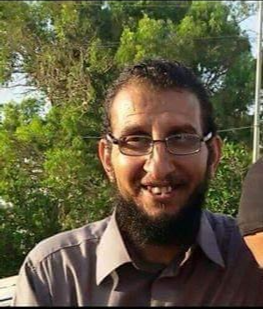 Following Alkarama’s urgent appeal of 11 October 2016, the United Nations Working Group on arbitrary detention (WGAD) published the Opinion 13/2020 declaring the detention of Libyan cleric Moustafa Abdelkhalek Al Darsi arbitrary. He was arrested in the city of Zliten in January 2016 by members of RADA forces, shortly after exiting one of the city’s mosque following afternoon prayers.

WGAD call upon the Government to take urgent action to immediate release Mr Al Darsi, stressing that the current global context of COVID-19 pandemic poses a particular threat in places of detention.

On 9 January 2019 Mr Al Darsi was arrested by member of RADA forces dressed up in plain clothes after leaving the mosque in Zliten, where he works as a cleric, and taken to the forces’ headquarters in Souk Al Jomaa, near Tripoli. They did not present any arrest warrant nor stated any reason for his arrest.

The authorities did not acknowledge Mr Al Darsi’s detention until 28 May 2016, when Mr Al Darsi’s relatives were granted permission to talk to him. In January 2018 he was transferred to Mitiga airport unofficial detention centre, controlled by RADA forces. To date, Mr Al Darsi remains unaware of the charges against him and he has never been presented before a judicial authority. In addition, he was never granted the permission to meet with a lawyer or had the possibility to challenge the lawfulness of his detention. His family has not been allowed to visit him for the last eight months.

On 15 September 2019, WGAD transmitted the allegations made by Alkarama to the Government of National Accord, requesting information about Mr Al Darsi’s situation and requiring it to ensure his physical and mental integrity. However, the Government refuse to answer the request and did not challenge the allegations.

In its decision, the WGAD preliminarily reaffirms its previous Opinions (no. 18/2019 and 39/2018) that the Special Deterrence Force, militia group nominally acting under the authority of the Ministry of the Interior, must be considered a State organ. As the armed group is acting on behalf of, or with the support, consent or acquiescence of the Government, its conduct shall be considered an act of Libya.

The Working Group confirmed that Al Darsi’s detention clearly resulted from the exercise of his rights to freedom of thought, conscience, religion and expression. For the UN experts, the fact of Mr Al Darsi’s be a preacher for Malikite tradition, considered “heretical” by the Special Deterrence Forces, is the sole reason for the arrest. The practice, that aims to shut down dissenting voices that do not conform to the Madkhali ideology, embraced by the majority of members of the RADA forces, appears to be in rise in Libya, according to the UN High Commissioner for Human Rights (OHCHR and the United Nations Support Mission in Libya “Abuse behind bars: arbitrary and unlawful detention in Libya”).

Moreover, Mr Al Darsi was held incommunicado for more than four months, period in which he was denied all access to the external world. His state of health deteriorated significantly due to the denial of adequate medical care. Furthermore, despite being held in custody for over two and a half years, he has not yet been brought before a judicial authority nor being informed by the charges against him.

In light of these elements, the Working Group found that Al Darsi’s arrest, incommunicado detention and prolonged privation of liberty, resulted from the legitimate exercise of his rights to religion and expression, lack legal basis and constitute a clear violation of the Universal Declaration of Human Rights and the International Covenant on Civil and Political Rights, rendering his detention arbitrary.

To this day, Mr Al Darsi is still in custody, with no access to a lawyer and deprived of the right to receive visitors – last time his family were able to talk to him it was five months ago, through a screen, for about 10 minutes.

Alkarama urges thus urges the Libyan authorities to implement the UN Working Group on Arbitrary Detention’s Opinion to immediately release Mr Al Darsi, as well as accord him his right to compensation. Furthermore, we reinforce that the Government of National Accord should end the widespread practices of enforced disappearances and arbitrary arrests, ensuring that the RADA forces operates under judicial control and is accountable for its wrongful acts."