Lebanon: Layal Al Kayaje Sentenced by the Military Court for Having Denounced Her Rape by Military Officers 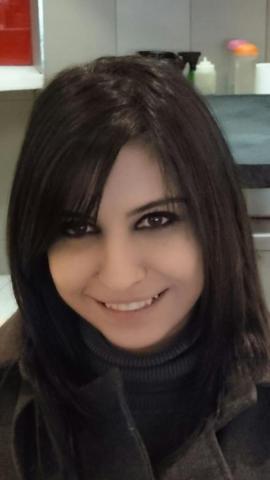 On 22 August 2016, Layal Al Kayaje, a 31-year-old Palestinian veterinary residing in Saida, port city in South Lebanon, was sentenced to one month in prison by the Military Court of Beirut for "defamation and libel against the Lebanese army" because she publicly denounced her rape by military officers when she was detained in 2013. Considering that speaking out against her rape should in no way constitute a crime, on 16 June 2016, Alkarama had called upon the United Nations Special Rapporteur on the promotion and protection of the right to Freedom of Opinion and Expression (SR FREEDEX), David Kaye, to urge the Lebanese authorities to drop all charges against her and open an investigation into her allegations of torture.

In an interview published on 4 September 2015 on NOW News, Al Kayaje denounced having been raped by members of the Military Intelligence during her detention at the Military Police Barracks in Rihaniyyeh in September 2013. In retaliation, on 21 September 2015, she was summoned by the Military intelligence in Saida and transferred to the premises of the Ministry of Defence in Yarzeh near Baabda, Mount Lebanon Governorate. There, she was detained incommunicado, interrogated and forced to sign a statement according to which she "invented the rape allegations."

On 29 September 2015, the investigative judge of the Military Court confirmed the charges of "defamation and libel against the Lebanese army," without considering her torture allegations and opening an investigation, as demanded in the the Convention against Torture (UNCAT) ratified in 2000. She was released a month later and formally indicted on 24 November 2015 on the basis of article 157 the Military Justice Code. On 22 August 2016, she was sentenced by the judge of the Military Court to one month of imprisonment and, as she had spent it already during the investigation stage, remains free.

"We cannot but express our discontent at Al Kayaje's sentencing for having merely publicly denounced the abuses she suffered. Silencing Al Kayaje is a blatant violation of her right to freedom of opinion and expression and only enhances the climate of impunity for acts of torture in the country," affirms Rachid Mesli, Legal Director at Alkarama. "We regret that the Military Court missed its chance to affirm the principle that all allegations of torture must always be subjected to a proper, impartial and independent investigation. If Lebanon is serious about respecting the recommendations the Committee against Torture (CAT) issued following its inquiry on the country, real efforts in eradicating torture must be taken in the future."