Lebanon: Iraqi Refugee Extradited to his Home Country Despite Risk of Torture and Death Sentence 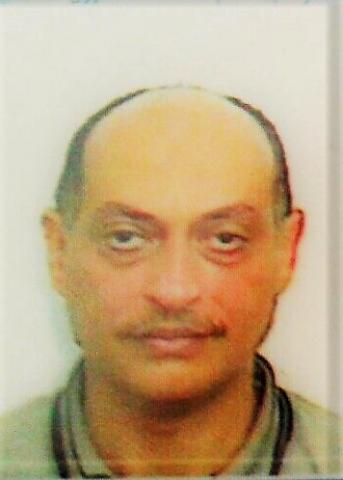 On 3 May 2017, Lebanon extradited Iraqi refugee Zeyad Al Dolaee to his home country which he had fled in 2010 fearing persecution. Arrested in Lebanon in January 2016, he was subsequently sentenced by the Military Court under the pretext of “joining a terrorist group” on the sole basis of information provided by the Iraqi intelligence services, and detained for a lengthy period of time pending the Lebanese authorities’ decision on an extradition request sent by Iraq. On 23 March 2017, Alkarama sent his case to Nils Melzer, United Nations Special Rapporteur on Torture (SRT), asking him to call upon the Lebanese authorities to abstain from extraditing him, as he would be at extremely high risk of torture, and even execution, in Iraq. Moreover, during the review of Lebanon by the Committee against Torture (CAT) on 21 and 22 April, the UN experts raised Al Dolaee’s case with the Lebanese delegation. Despite this, the Lebanese authorities accepted Iraq’s request and extradited him in violation of the non-refoulement principle enshrined in article 3 of the Convention against Torture (UNCAT).

A 48-year-old Iraqi electrical engineer, Al Dolaee left Iraq in 2010 to visit his father – a former general in the army – in Syria, where he discovered he was wanted by the Iraqi authorities for alleged “crimes of terrorism”, an accusation that is systematically used for political reasons. Al Dolaee therefore decided to remain in Syria, where he obtained UNHCR refugee status. He subsequently travelled to Lebanon, where he had a meeting with the Canadian embassy to obtain a visa for asylum in the country. On 23 January 2016, Al Dolaee was in Lagace Hotel, situated in Zouk Mosbeh, about 20 km north of Beirut, where he had just arrived after his interview with Canadian diplomats, when agents of the Military Intelligence arrested him without providing a warrant nor giving any reason for the arrest.

On 7 October 2016, Al Dolaee was subsequently sentenced to one year of imprisonment by the Military Court for allegedly “joining a terrorist group”, on the sole basis of information provided by Iraq. As the Lebanese authorities had received an extradition request from Iraq, instead of being released at the end of his prison sentence, Al Dolaee was transferred to the Adlieh Police Station at the Palace of Justice in Beirut.

Although in December 2016, the Public Prosecutor of the Cassation Court stated that the legal conditions for Al Dolaee’s extradition were not met, a Ministry of Justice’s decree subsequently accepted it and he was therefore sent back to Iraq on 3 May 2017.

“We deeply regret Lebanon’s decision to extradite Al Dolaee to Iraq. As a suspect of ‘terrorism’, he is now at high risk of being tortured and could even be sentenced to death,” comments Inès Osman, Regional Legal Officer responsible for Lebanon at Alkarama. “This is all the more alarming considering his case was explicitly raised by the Committee against Torture days only before his extradition. The authorities were thus clearly aware that his extradition would constitute a violation of their obligation under the Convention against Torture.”