Lebanon: Alkarama calls on the United Nations to prevent the deportation of a Russian citizen for fear of torture 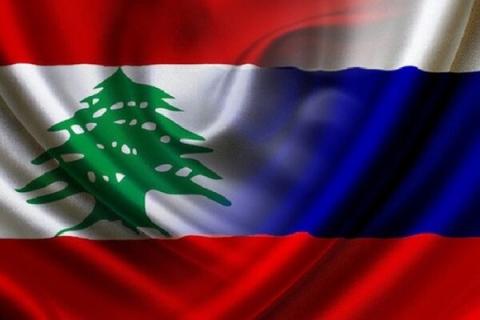 Alkarama expresses its deep concern about the possibility that the Lebanese authorities may deport Russian citizen Viktoriya Matsakova to her country, where she risks being tortured. In this context, Alkarama has sent an urgent appeal to the Special Rapporteur on Torture and Other Cruel, Inhuman or Degrading Treatment or Punishment and the Special Rapporteur on the Promotion and Protection of Human Rights and Fundamental Freedoms while Countering Terrorism, requesting their intervention in this regard.
Lawyer Rachid Mesli, Alkarama's Legal Director, stated: "The Russian citizen currently detained in Lebanon is at risk of being extradited to Russia as the Russian authorities have issued an arrest warrant for terrorism against her". He also expressed his fear that if extradited to Russia, she could be subjected to severe torture, in addition to being separated from her family.
Viktoriya Matsakova is a 33-year-old Russian citizen, housewife, married to a Lebanese citizen and mother of two twin children, aged 3 and a half, was arrested on December 1, 2020 by the General Security of Tripoli, where she allegedly obtained her residence papers.
All this is based on an arrest warrant issued on November 15, 2020 against her by Russia, on the pretext of a trip she made to Syria. Ms. Viktoriya Matsakova was transferred from the General Security of Tripoli to the General Security of Beirut. On January 11, 2021, her lawyer filed a request for cassation with the Public Prosecutor's Office, which in turn referred the case to the Ministry of Justice, knowing that Lebanese law does not provide for an internal judicial procedure to contest extradition requests.
Consequently, Alkarama appealed to the UN special procedures, so that the Lebanese Minister of Justice, Mrs. Marie-Claude Najem, and the Lebanese authorities in general, would not respond to the extradition request submitted by Russia. Ms. Viktoriya Matsakova's extradition to Russia would expose her to an unfair trial and the risk of torture and/or ill-treatment and would constitute a violation of Article 3 of the Convention Against Torture, which Lebanon ratified in 2000. The extradition would also lead to a separation between the mother and her children .
At the same time, it should be noted that the UN Committee against Torture published reports on the systematic use of torture by the Russian security services, and that the latest report of the committee, dated August 28, 2018, confirmed the use of torture practices as a means of extorting confessions, referring to a certain number of individuals who died as a result of torture. Several non-governmental organizations, including Amnesty International and Human Rights Watch, also condemned the systematic practice of torture in Russia, particularly in terrorism cases.
Furthermore, in its concluding observations of 2015 (CCPR / C / RUS / CO / 7), the Human Rights Committee stated that torture "continues to be practiced on a large scale in Russia". Furthermore, the lack of clarity in the 2006 federal law on combating terrorism was highlighted, particularly regarding "the overly vague and undefined definition of 'extremist activity', which 'does not require any element of violence or incitement to hatred'. This requires the establishment of torture as a separate criminal offence.

For this reason, Alkarama believes that convicting Ms. Matsakova for alleged acts of "terrorism", is based on a law incompatible with international human rights standards, in a country that routinely violates the right to a fair trial. There is also concern that Ms. Viktoriya Matsakova, if extradited, may suffer a violation of her right to private and family life, as she will be separated from her husband and two young children, in addition to the fact that she currently has no relatives living in Russia.
Therefore, Alkarama calls on the Lebanese authorities, in particular the Minister of Justice Mrs. Marie Claude Najm, to refrain from handing over Victoria Matsakova to a country that continues to practice torture on a regular basis. We also recall that the current conditions of detention in Russia are very bad, especially in light of the high mortality rate inside the prisons, according to UN reports.