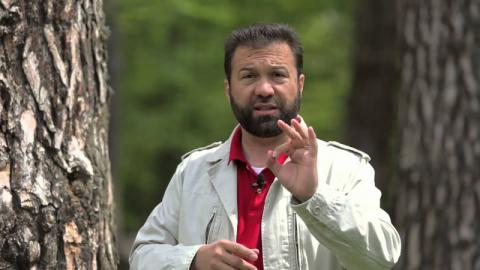 On 6 September 2016, Amjad Qourshah was released from Jweida prison after almost three months of detention without due process. Concerned over the fact that Qourshah was held in detention solely for having criticized Jordan's participation to the international coalition against the Islamic State (IS) lead by the USA. On 15 July 2016, Alkarama had seized the United Nations Special Rapporteur on the promotion and protection of the right to Freedom of Opinion and Expression (SR FRDX), David Kaye, asking him to urgently intervene with the Jordanian authorities to request his immediate release.

On 13 June 2016, Qourshah, 48-year old assistant professor in comparative religions at the University of Jordan and famous presenter in TV and radio shows, was summoned by the General Prosecutor of the State Security Court (SSC) to the premises of the General Intelligence Directorate (GID) in Amman, where he was questioned by GID officers about his 2014 video in which he criticised the participation of Jordan to the international coalition against IS as being part of an agenda of the United States, which, in his opinion, is forcing Arab States to fight a war that is not theirs. He was then arrested on the basis of an arrest warrant issued that day by the SSC Prosecutor for “disturbing relations with a foreign state”, under the Jordanian Antiterrorism Law No. 55 of 2006 as amended on 1 June 2014.

On 14 June 2016, Qourshah was transferred to Jweida prison in Amman, where he was detained without ever being officially charged, until 6 September 2016, when the SSC finally accepted his lawyer’s request for conditional release.

“Although we welcome Qourshah’s release, the Jordanian authorities routinely arrest and arbitrarily detain critical voices to silence them,” says Inès Osman, Legal Coordinator at Alkarama. “All legislation restricting unnecessarily and disproportionally the right to freedom of opinion and expression must be repealed in order not to allow room for abuses. This includes the Antiterrorism Law, which due to its broad definition of terrorism allows for the prosecution of acts of free speech, as criticised  by the Committee against Torture following its review of Jordan in 2015.”