Israel: Palestinian Clown to Spend 6 Months in Administrative Detention for Accusations he Denies 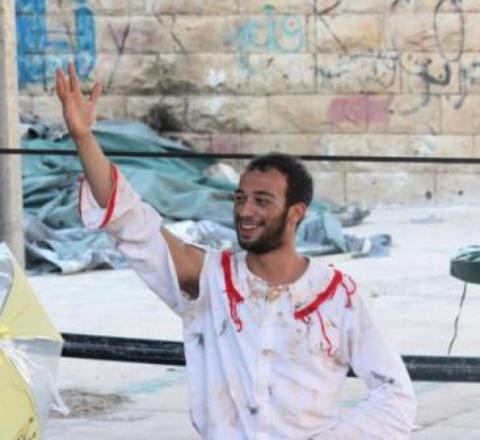 On 14 December 2015, 24-year-old circus performer Mohammad Faisal Nafez Abu Sakha was arrested by Israel Forces and later placed in administrative detention for six months for allegedly “being a member of an illegal organisation,” an accusation he denies. In view of these facts, on 8 March 2016, Alkarama sent an urgent appeal to the United Nations Special Rapporteur on the situation of human rights in the Palestinian territories occupied since 1967 (SR OPT) Makarim Wibisono, asking him to urgently call upon the Israeli authorities to release him immediately.

A clown at the Palestinian Circus School, 24-year-old Mohammad was on his way to work in the Birzeit village – close to Ramallah – when the bus he was in was stopped at the Zaatara military checkpoint. After checking the ID of the passengers, Israel Occupation Forces and soldiers arrested Mohammad and took him to the Huwara military base, where he was detained for several days, before being presented to a military court on 25 December 2015.

Alleging that Mohammad was involved “in the illegal organisation of the Popular Front for the Liberation of Palestine (PFLP),” the Military Court determined that he should remain in administrative detention – that is, detention without charge or trial, authorised by administrative order rather than by judicial decision – for six months, until 13 June 2016; a decision which was confirmed by the Ofer Military Court on 5 January 2016. An appeal hearing for his administrative detention is set for 21 March 2016, but until now, no investigation has been carried out on the accusations made against Mohammad, who denies being a member of the PFLP.

Alkarama highlights that while administrative detention is not in itself contrary to international law, this practice must be limited to emergency situations in which the nation is under threat and detainees must be able to challenge the legality of their detention as per article 9(4) of the International Covenant on Civil and Political Rights (ICCPR), ratified by Israel in 1991. Nevertheless, this kind of detention is used extensively by Israel in a punitive and arbitrary manner and most Palestinian detainees are not given the possibility to challenge their detention before an independent judge, their fate being discretionarily determined by the occupying power's administration.