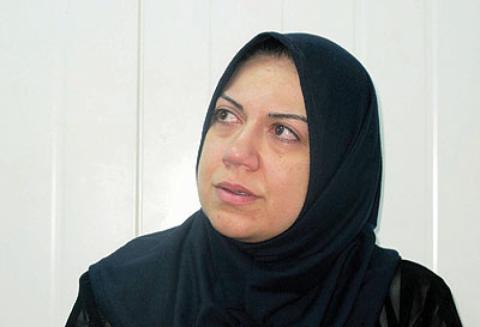 On October 4, 2017, Rasha Al Husseini, secretary to former Vice President Tariq Al Hashimi, was released after the Central Criminal Court in Baghdad decided to drop the charges held against her. Al Husseini was arrested on December 27, 2011, as part of a wave of arrests which targeted individuals believed to be close to the former vice president.

Between November 2011 and March 2012, Rasha Al Husseini and 18 other individuals, most of whom were Al Hashimi’s bodyguards, were arrested by the Iraqi security forces. They were secretly detained, tortured in order to obtain confessions, and sentenced to death by the Central Criminal Court of Iraq under the repressive Anti-Terrorism Law of 2005.

In April 2017, the UN Working Group on Arbitrary Detention (WGAD) called for their release following a complaint from Alkarama. The WGAD also called upon the Iraqi government to amend the Anti-Terrorism Law under which the definition of terrorism “is susceptible to wide interpretation,” and the death penalty is mandatory for a range of terrorism-related offences.

From 2006 to 2012, Tariq Al Hashimi served as Vice President of Iraq. He became one of the key figures in the opposition against the former Prime Minister, Nouri Al Maliki, whose sectarian policies drew criticism.

On December 18, 2011, Al Hashimi fled the country after the government accused him of terrorism. The Central Criminal Court of Iraq sentenced him in absentia to death the following year. The members of his staff who remained in the country were found guilty by association and arrested.

After being arrested on December 27, 2011, Rasha Al Husseini was detained in the premises of the General Security Directorate in Baghdad. During the first three months of her detention, she was completely cut off from the outside world and subjected to severe torture, including sexual abuse, with the purpose of extracting false confessions to be used as evidence over the course of her trial.

On October 22, 2014, the Central Criminal Court sentenced Al Husseini to death for “having provided and transferred silenced guns for terrorist ends,” dismissing her allegations of torture.

The United Nations Working Group on Arbitrary Detention (WGAD) issued a decision recognising the detention of Al Husseini and the other members of Al Hashimi’s staff as “arbitrary,” since the death sentences passed against the 19 individuals were based on confessions extracted under torture.

Furthermore, their detention constituted a form of discrimination insofar as they were all targeted because they were perceived as close to former Vice President Al Hashimi.

On July 24, 2017, the Central Criminal Court decided to drop all the charges held against Rasha Al Husseini, but the 18 other individuals remain arbitrarily detained.

“Although Mrs Al Husseini’s release should be welcomed, she has not been compensated for the harm caused,” said Inès Osman, Legal Officer at Alkarama. “The rest of Tariq Al Hashimi’s staff should not be forgotten as they remain arbitrarily detained. The Iraqi authorities should immediately implement the WGAD decision by releasing them.”