Iraq: Releasing of Disappeared Activists and Protesters, including Girl, Minor, and Journalist 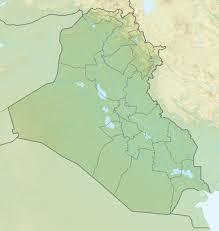 Authorities in Iraq released the two civilian activists, Khalil al-Jumaili and Asma al-Azzawi, and the peaceful protesters Shaker al-Khafaji and Ali al-Sudani, who were disappeared forcibly for periods ranging from more than two weeks to about two months. The released occurred after the Ikram Center for Human Rights and Alkarama appealed to the UN Committee on Enforced Disappearances (CED) to intervene immediately and urge the authorities in Iraq to take urgent actions to locate the disappeared, provide them with protection and identify the agents responsible for the disappearances.
The last phone call of the minor, Shaker Al-Khafaji, 15, from Baghdad - Al-Zafaraniya, with his mother was on the evening of 11/5/2019, when he was on his way home coming from Tahrir Square, where his mobile phone was powered off and no one has seen him since that moment. On 5/12/2019, the UN CED intervened asking the government in Iraq to take urgent measures to find out his fate and put him under the protection of the Law. On 28/12/2019 Mr. Al-Khafaji was released.
As for the demonstrator Ali Al-Sudani, 19, from Baghdad - Abu Dshir, he disappeared on 26/11/2019 afternoon, when he was on his way to Tahrir Square and after he was stopped by a detachment of the Intelligence Agency affiliated to Baghdad Operations. He was arrested on the Al-Ahrar Bridge in the  capital together with other youths holding Iraqi flags, and all contact with him was lost. On 5/12/2019, the UN CED asked the government in Iraq to take urgent measures to reveal his fate. Mr. Al-Sudani was released on 15/12/2019.
After showing sympathy for the victims of the Nasiriyah massacre, the journalist and civilian activist Khalil al-Jumaili, 25, from Anbar-Karma, was arrested on 30/11/2019, where a detachment of intelligence and counter-terrorism in Anbar came to his home and took him at gunpoint to an unknown destination. The contact with him was lost and his family has not seen him since then. On December 9th, 2019, the Ikram Center for Human Rights and Alkarama lodged a petition to the UN CED for urgent assistance and asked the authorities in Iraq to disclose the fate of Mr. al-Jumaili. On 6/1/2020 he was released.
Also on 30/11/2019, the activist Asma Al-Azzawi left her family's house located in the New Baghdad area, east of the capital, to visit relatives. She disappeared from that moment and no one was able to communicate with her after that day. On 11/12/2019, the UN CED asked the Iraqi authorities to take urgent measures to locate Ms. Al-Azzawi and place her under the protection of the Law. She was released on 15/12/2019.
According to the families of the victims, the reason behind the disappearance of their relatives is their participation in the peaceful demonstrations taking place in Tahrir Square in central Baghdad. Families believe government political parties of ordering the arrest and disappearance of their loved ones.
After the release of the detainees, all of them spoke to the representative of the Ikram Center for Human Rights, and gave account of the circumstances of their disappearances. They all affirm having not been unable to communicate with their families or with a lawyer during their detention. None of them was able to identify his place of detention, and all of them were accused with sabotage and terrorism. They were subjected to torture and were handcuffed and blindfolded during the whole of their their detention. All of them claim that they were threatened with further arrest and disappearance if they participate in the demonstrations or show support for the demonstrators.
In this regard, Rachid Mesli, Director of Alkarama, said: “It is important that the Iraqi authorities respond to the request made by experts of the CED regarding the need to conduct an investigation into the circumstances of the disappearance of the released victims and into the inhuman treatment they suffered while in incommunicado detention”. Mesli added: “To stop these serious violations once and for all, those responsible for such crimes must be tried as required by the Convention on Enforced Disappearance Convention, which Iraq has ratified”.
For his part, Dr. Ayman Al-Ani, head of the Ikram Center for Human Rights, said: “Anyone who opposes the government in Iraq faces murder or unlawful arrest, enforced disappearance or torture. It is obvious that there is a systematic targeting of anyone criticizing the way authorities treat the anti-government demonstrators”. Al-Ani added: “The government repression of the popular protests continues, and Iraqis are witnessing a new episode of its horrific episodes, and it is still costing the Iraqi people a heavy toll, taking lives of their sons and daughters”.
In Iraq, civil society activists are subjected to feverish campaigns of intimidation and systematic arrests and disappearances since the renewal of anti-government demonstrations in October 2019, which are confronted by security forces with excessive violence and lethal force, resulting in the deaths of hundreds of peaceful demonstrators, including dozens of girls and minors.