Iraq: Broad Pattern of Harassment and Persecution of Lawyers through Arbitrary Arrest and Detention, Torture and even Death 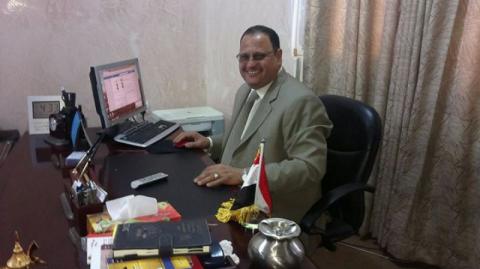 On 7 May 2015, Alkarama sent a communication to the United Nations Special Rapporteur on the Independence of Judges and Lawyers (SR IJL) regarding the case of four high-profile Iraqi lawyers, victims of harassment by the Iraqi authorities, including through arbitrary arrest and detention, and even one extrajudicial execution. Defending political opponents and persons allegedly close to them, the lawyers have all been accused of terrorism in heavily flawed and politically-motivated trials. Carried out between November 2012 and June 2013, these reprisals fit within a wider pattern of persecution against judges and lawyers, in a climate of generalised political repression.

Salah Khabbas Al Obeidi, Mouayad Obeed Al Ezzi and Ziad Ghanem Shaaben Al Naseri are the lawyers of former Vice President Tariq Al Hashimi's members of staff, who were arrested by the Iraqi Security Forces between November 2011 and March 2012, and have all been secretly detained, subjected to torture and sentenced to death for "acts of terrorism" by the Central Criminal Court of Iraq (CCCI) after severely flawed trials during which the CCCI issued sentences on the sole basis of confessions extracted under torture, as Alkarama reported to the UN Working Group on Arbitrary Detention (WGAD) on 15 April 2015 regarding 17 of these cases.

Al Obeidi was also a candidate of the Iraqi National Alliance (INA) – a major Shi'ite electoral bloc comprising the Islamic Supreme Council of Iraq (ISCI), the Sadrist Movement and other majority Shi'a political parties – for the provincial elections in the Saidiya district of Baghdad in 2013. In the morning of 24 March 2013, Al Obeidi was in his office in the Al Saidiya district when a group of armed people broke in and executed him. Although a detachment of the Security Forces was standing near Al Obeidi's office, witnesses report that they did not intervene neither during nor after the execution, letting the armed men leave. No inquiry was opened into his execution either.

Al Ezzi and Al Naseri were victims of arbitrary arrest and detention on the basis of the Anti-Terrorism law, a law widely used by Iraqi authorities to repress any dissident voices. On 21 November 2012, Al Naseri was arrested and detained for one week in inhumane conditions in the Anti-Terrorism prison of Tikrit, a city situated 200 km north of Baghdad. Five months later, on 31 March 2013, Al Ezzi was notified of an arrest warrant issued by the Central Investigating Court of Al Karkh, adjacent to the "Green Zone" in Baghdad. On 24 June 2013, his arrest warrant was cancelled by the same court.

Badee Arif Izzat is the lawyer of Ahmad Al Alwani, a prominent member of the secular Al Iraqiya political bloc within the Iraqi Council of Representatives, well known for his denunciation of corruption within the Iraqi bureaucracy, as well as his criticism of both the Iraqi Prime Minister's policies and the central government's marginalisation of Iraqi Sunnis. Arrested on 28 December 2013 by the Iraqi security forces Al Alwani was sentenced to death by the CCCI on 23 November 2014 following a severely flawed trial, as denounced by Alkarama to the WGAD on 12 January 2015.

In reprisal for his defence of Al Alwani, Izzat was arrested by the Iraqi Special Forces on 20 March 2014, while going to a meeting with officials from the UN Assistance Mission for Iraq (UNAMI). Arrested under the pretext of "carrying false identity documents," he was blindfolded and taken to an interrogating centre within the Green Zone where he was questioned about his motives for defending Al Alwani. After having been kept blindfolded for 12 hours, he was forced to record a video stating that he had not been subjected to torture, and given permission to call his family to pick him up.

A lawyer since 1978, including on numerous politically-sensitive cases, Izzat had already been arrested Iraqi and U.S. security forces on 15 March 2007. Charged with "contempt of the court" – an accusation commonly used to repress lawyers defending members of the former regime – he had been arbitrarily detained for four days. At the time, Izzat was the lawyer of former Minister of Foreign Affairs and Deputy Prime Minister of Iraq, Tareq Aziz, a close adviser to Saddam Hussein, who was sentenced to death in 2010 by the Iraqi Supreme Court for "persecution of religious parties."

"Reprisals of this kind are a serious breach to the principles of Iraqi and international law providing for the protection of lawyers. Lawyers shall never be identified with their clients or their clients' causes; on the contrary, they shall always be protected from intimidation, harassment or any other kind of interference; they shall not suffer or be threatened with prosecution or sanctions of any kind for any action taken in accordance with recognised professional duties," recalls Rachid Mesli, Legal Director at Alkarama.

Broad pattern of harassment and persecution of lawyers in Iraq

These cases are just few examples of a broad pattern of systematic intimidation and harassment of lawyers defending political or otherwise sensitive cases. For fear of retaliation, most cases of harassment and intimidation are not even reported upon and thus lack local and international public attention.

Alkarama had, in fact, already alerted the UN Special Rapporteur on the Independence of Judges and Lawyers (SR IJL) about the widespread harassment of lawyers in Iraq on 6 November 2012, following former Prime Minister Nouri Al Maliki's public declaration on 5 October 2012 (during the 79th anniversary of the Constitution of the Iraqi Bar Association) praising and congratulating those lawyers who "refuse to represent terrorists, murderers and criminals," while expressing his disapproval with those who "stand publicly in court to defend a murderer or a criminal." A clear threat to the independence of lawyers as well as their physical security, this declaration is representative of the current state of the Iraqi justice system, independently from the political leadership. Three years after this declaration, Iraqi lawyers are still victim of harassment and reprisals for their mere professional duties, as these four cases illustrate.

In light of this information, Alkarama wrote to the Special Rapporteur on the cases of Al Ezzi, Al Naseri, Al Obeidi and Izzat to demand them to request clarifications from the Iraqi authorities, who should ensure that lawyers are protected from any form of harassment or abuse. In particular, judicial authorities
• Shall refrain from arbitrarily arresting and detaining lawyers for the mere exercise of their profession;
• Shall always protect them from intimidation, harassment or any other kind of interference;
• Shall offer them civil and penal immunity for the statements made in good faith in their pleadings or in professional appearances before a court, tribunal or other legal or administrative authority;
• Shall ensure them access to appropriate information, files and documents as well as sufficient time to enable them to provide effective legal assistance to their clients, as demanded by the Basic Principles on the Role of Lawyers.