On International Human Rights Day, an ever-increasing repression in the Arab world 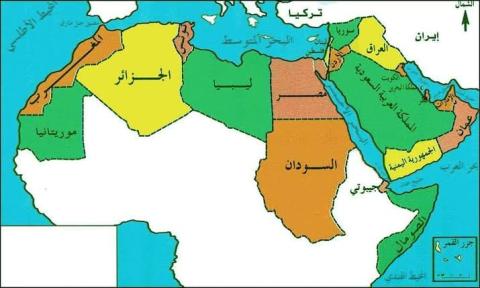 Under the weight of repression in the Arab world, human rights activists and defenders as well as their families increasingly dread exposing human rights violations for fear of reprisals or lack of faith in international human rights mechanisms.

As time passes, a major setback for the human rights movement looms and with it a weakening of people's belief in the relevance of peaceful struggles for human rights and in seeking redress and justice.

The revolutions known as the Arab Spring which took place at the beginning of the current decade voiced the aspirations of Arab peoples for democratic and civil states guaranteeing rights, freedoms, and equality before the law. Alas, the counterrevolutions soon turned the dream into nightmares, chaos, civil wars, and other conflicts. Undoubtedly, tyranny and its tools constitute the prime force behind this destructive machinery.

In recent years, Alkarama has lost contact with many of the victims' families, whose cases Alkarama had previously worked on. Relatives of victims now fear reprisals from the authorities and have little or no willingness to testify or consent to complaints to the UN Special Procedures. This may lead in the mid to long term to the breakdown of these very important legal mechanisms, thereby reinforcing the climate of impunity which prevails for human rights abuses.

Authoritarian regimes, of course, bear responsibility for the weakening of instruments of advocacy and peaceful protest against the machinery of oppression. This is particularly true of certain regimes in the Gulf States that are apprehensive of democratic transitions, political freedoms, and human rights. We witnessed how deeply disturbed these regimes are with their blurred foreign policy line on many geopolitical issues in the region.

Wars waged by tyrants against the aspirations towards democratic change further prolong the suffering of the Arab peoples. The Syrian regime, for example, which terrified the world with its crimes involving the dropping of barrels of explosives over inhabitants of towns and villages, is on the verge of re-entering the international community without having to answer for its crimes.

However, despite what appears to be a stalemate, there have been great successes in the human rights movement in the Arab world both in terms of increasing the level of legal awareness and mobilising support around human rights issues among broad segments of the population. In addition, there has been an increase in the number of activists and organisations involved in the defence of rights and freedoms, engaging the non-governmental Arabic media, particularly the new media, which has become increasingly receptive to human rights issues. All these efforts greatly contribute to the stigmatisation of regimes involved in human rights violations, notwithstanding their relentless efforts to embellish their image on the international stage.

Over the years, Alkarama has devoted significant efforts towards defending victims of violations and, through documented information, has obtained resolutions and recommendations issued by various UN mechanisms condemning violations and urging improvement in the human rights situation.

On this occasion, we call on everybody to work towards stopping retaliatory practices against victims, their families and human rights activists for peacefully pursuing justice. We also underline the danger of retaliatory practices that undermine international human rights law. It is our hope that the collective efforts of peoples in general and human rights activists will lead to impressive achievements in ending impunity and will be soon bringing justice to the victims.