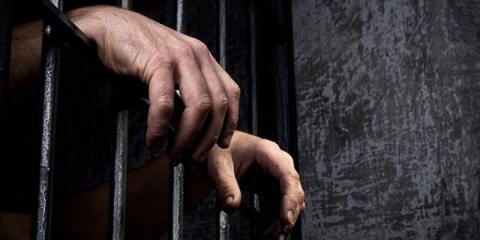 On 26 October 2015, Alkarama sent a letter to the United Nations Working Group on Arbitrary Detention (WGAD) and the Special Rapporteur on Torture (SRT) regarding the adoption by the Egyptian authorities of new restrictive amendments to Law n°396 of 1956 on Prisons Regulations. While the rights of prisoners in Egypt were already insufficiently protected under the previous law, President Abdel Fattah El Sisi puts them even more in jeopardy by enacting law n°105 of 2015. These amendments give prison personnel the right to torture and ill-treat prisoners, while restricting the rights of their relatives and providing new penalties against detainees.

Although the United Nations General Assembly (UNGA) recently adopted the Revised Standard Minimum Rules for the Treatment of Prisoners – the Mandela Rules – offering detainees with more protection than under the previous UNGA rules, the Egyptian authorities decided to take the completely opposite approach through the amendment of several articles of law 396 of 1956 on Prisons Regulations.

Restriction of prisoners' and relatives' rights

Firstly, the new Article 14 specifies that prisoners will now have to pay 15 Egyptian pounds per day to have furniture in their cells, compared to 1 pound and a half before, a discriminatory measure likely to leave the poorest ones without the minimum furniture needed. Secondly, if the new law gives prisoners the right to make phone calls and to receive visits, these can now be prohibited by the prison personnel without any reasons.

Additionally, a relative who would bring a prisoner an item that figures on the "forbidden items list" – a list that is not public – or a letter that "violates laws" without further specification, can now be himself jailed for one month and fined up to 5,000 Egyptian pounds. This amendment to Article 92 could prevent family members from sending items − such as food or medication − or letters to prisoners, thus aggravating their loneliness and state of health.

Furthermore, these amendments have seen the adoption of new penalties against prisoners. From now on, a prisoner can be put in solitary confinement for 30 days – when the Mandela Rules specify that it should not exceed 15 days – with a possibility of indefinite renewal and without judicial supervision. Additionally, prisoners can now be put in a "heavily guarded" room for 30 days, a new provision of which the modalities still need to be clarified. These new penalties could create a breeding ground for new abuses against prisoners, especially when taking into account the fact that prolonged solitary confinement can characterise a form of torture, according to the SRT.

Impunity for the perpetrators of torture

The practice of torture and ill-treatment is also favoured by an amendment to Article 8 that gives the prison personnel the right to resort to the use of force discretionarily against prisoner if it is considered that the latter has attacked a prison guard, tried to escape prison, resisted to an officer or simply not complied to an order. "Torture is already an important issue in Egyptian prisons but this amendment literally gives free rein to officers to beat up prisoners for whatever reason they may allege and without any possibility for the prisoner to obtain justice because the public prosecution never opens investigations into reports of ill-treatment," declared Rachid Mesli, Legal Director at Alkarama.

While Alkarama hoped that the new amendments would address the multiple issues existing in Egyptian prisons, such as the facts that (i) doctors are under the direct authority of the Ministry of Interior, thus undermining their impartiality and independence; that (ii) the Egyptian national human rights institution, the National Council for Human Rights (NCHR) cannot conduct independent visits in prisons; and that (iii) detainees who are detained in unofficial prisons, such as police stations, security forces camps or other detention facilities, do not benefit from the few guarantees given by law 396 of 1956.

Alkarama therefore wrote to the UN Working Group on Arbitrary Detention (WGAD) and the Special Rapporteur on Torture (SRT) asking them to urge the Egyptian authorities (i) to annul the amendments to law 396 of 1956; (ii) to adopt a new, comprehensive law regulating prisons and other detention facilities; and (iii) create an independent body to monitor prisons and receive complaints from detainees.