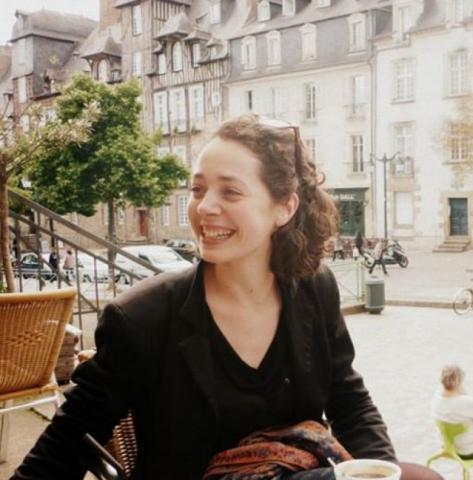 On 15 July 2015, Alkarama informed the United Nations Special Rapporteur on the promotion and protection of the right to freedom of opinion and expression (SR FRDX) of the expulsion, by the Egyptian authorities, of a 22-year-old French student, Fanny Ohier. On 3 July 2015, Fanny was sent back to France in retaliation for her academic research that focused, among other things, on the 6 April Youth Movement, an activist group of "70,000 mostly young and educated Egyptians", whose members are constantly harassed and subjected to arbitrary arrests by the authorities since the 2011 revolution.

22-year-old political sciences student at EHESS – the School for Advanced Studies in the Social Sciences in Paris – Fanny arrived in Egypt on 14 May 2015 to meet members of civil society for her Master thesis on the political disengagement of young revolutionaries following the July 2013 military coup. During the seven weeks that she spent in the country, she mostly met with members of Al Dostour – a liberal opposition party created by Nobel Prize laureate Mohamed El Baradei – and of the 6 April Youth Movement in Cairo. She then went to Damietta, a city located 162 km North of Cairo, where she met with other members of the 6 April group.

After breaking the fast (Iftar) with some of them on 2 July, Fanny went back to her hotel, where she was woken up in the middle of the night by a dozen policemen, some in uniform and some in plain clothes, who broke into her room without explaining the reason for their presence or showing a search and arrest warrant. After searching the room thoroughly, they took her out of the hotel and asked her to get into a police car waiting in front of the hotel. As she refused to get in, a man who spoke French fluently told her that it was the police arresting her for her own security, that she souldn't worry, and that her friend had been warned and was waiting for her at the police station.

Fanny was subsequently transferred to Damietta Police Station where she was interrogated for nearly three hours on the reasons for her travel to Egypt. The officers also searched – and probably made copies of – her notebook, and files and audio records contained in her computer, and she heard officers say that she had been meeting with non-recommendable people. The student believes that she was arrested and expulsed because of her meetings with members of the 6 April Youth Movement, not only because they are regularly arrested, but also because the person that she had been most in contact with was arrested by the police on 10 June. During her detention, she also heard the officers speak of her earlier trip to Alexandria where she had met other members of the 6 April Youth Movement.

Following her interrogation, Fanny was driven in a minivan to El Mogamma, the National government administrative complex on Tahrir Square in Cairo, where the 22-year-old's visa was cancelled. Put in touch with the French Consulate, she was told to buy a ticket back to France as the authorities wanted her out of Egypt. She spent her last night in Egypt in Cairo International Airport's expulsion department, and was expelled by the first flight back to France at 9.30am on 3 July – even though she was scheduled to leave on the 4.30pm flight – with just enough time to get her computer, phone and passport back.

Despite repeated calls to the French Consulate in Egypt, Fanny was never clearly explained the reasons for her expulsion, which appears to have been triggered by her research on the 6 April Youth Movement and which illustrates the will of the Egyptian authorities to control the country's image abroad. Worse still is that "foreign authorities in Egypt do not help in the preservation of a 'freedom bubble'," explains the 22-year-old student regretting the double-standards of France and other foreign diplomatic representations in Egypt, who do not "sufficiently protect researchers and journalists," thereby contributing to perpetuate the Egyptian regime's authoritarian abuses.

Alkarama therefore solicited the UN SR FRDX to call upon the Egyptian authorities to respect the rights to freedom of opinion and expression in all circumstances and to guarantee that all citizens can freely speak in public without being subjected to harassment, arrest or expulsion. It is only by acknowledging and offering space for pluralists' points of views that Egypt will be able to achieve its goals. It also means that all people who have peacefully opposed the government should be freed and that civil society and journalists should be offered better protection and independence.