ALGERIA: UN experts call on the government to reform its anti-terrorism legislation 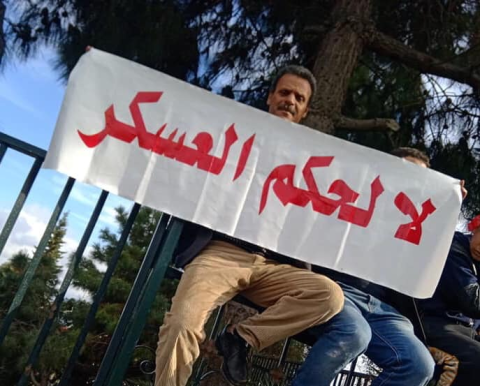 In a communication dated 3 September 2021, Alkarama brought to the attention of the UN experts the misuse of such legislation to repress political movements, activists and peaceful demonstrators. Attention was drawn to the ongoing human rights situation in Algeria and the pressing challenges faced by civil society in the peaceful exercise of their fundamental freedoms to express themselves and demonstrate within the " Hirak ", a popular peaceful protest movement.

Following the report submitted by Alkarama, several experts jointly called on the government to review its anti-terrorism legislation in light of the recommendations expressed.

1. Experts highlight the "vagueness and imprecision" of the definition of "terrorism" in domestic criminal law

In its analysis, Alkarama highlighted the lack of clarity and predictability of the definition of terrorism. More precisely, the law's definition considerably expands its scope of application, even criminalising acts of freedom of opinion, expression and peaceful assembly.

This concern was shared by all of the UN experts who considered that by "including in the category of terrorist acts a wide range of offences the anti-terrorism law « is in conflict with the principle of legal certainty, undermining the rights of peaceful assembly and freedom of expression, and also imposing disproportionate sanctions on acts that should not be dealt with under anti-terrorism legislation.

The need to reform this legislation was already highlighted by the UN Human Rights Committee, which had stated during Algeria's fourth periodic review in 2018 that the definition of terrorism “would allow for the prosecution of actions that might constitute exercise of the freedom of expression or peaceful assembly”.

Instead of complying with the UN Committee's recommendations, the Algerian authorities have gone in the opposite direction by introducing new legal provisions in complete violation of international standards.

The experts firmly recalled that the legitimate and peaceful work of human rights defenders should never be subject to anti-terrorism legislation or otherwise criminalised and thus called on the Algerian authorities to respect international law.

On 18 May 2021, the High Security Council (HSC), a military-led advisory body, announced the inclusion of the "Rachad" and "Mak" movements on the list of terrorist organisations, considering "that the hostile and subversive acts committed by the so-called "Rachad" and "MAK" movements destabilised the country and undermined its security. In this context, the HSC amnnounced its decision to classify them on the list of terrorist organisations and "to treat them as such".

The "Rachad" movement targeted by this decision is not recognised in Algeria, although it is legally established in several European countries (France, Switzerland, United Kingdom, Belgium) in the form of registered associations. The movement declares itself as open to all Algerians, respecting their ideological differences, and banishing all forms of extremism by advocating non-violence in bringing about a change in the system of governance in Algeria and the establishment of democracy and the rule of law.

Its founders explained that with the emergence of the 'Hirak' in Algeria upon the announcement of ex-president Bouteflika's fifth term in office in February 2019, Rachad made a significant contribution to preserving the non-violent nature of the protests. According to Rachad’s leadership, it is for these obvious reasons, linked to the total lack of freedom of expression, association and peaceful assembly in the country, that the members of the High Security Council decided to classify Rachad as a "terrorist organisation".

Based on the information provided by Alkarama in its report, the experts noted that the listing of "terrorist", in addition to being contrary to the principles of legality, legal certainty, proportionality and necessity, lacks the procedural safeguards necessary for its application.

Indeed, Alkarama demonstrated that the listing and de-listing processes lack transparency and that no clear criteria or any form of evidentiary standard that could justify such a listing are considered in this process.

Furthermore, the decision to list individuals and groups is not subject to any competent and independent review mechanism, thus depriving the individuals concerned of their right to be heard within a reasonable time by a competent judicial body.

This lack of oversight was highlighted by the experts who called on the government "to establish, in law and in practice, judicial or legislative oversight over the functioning and activities of this commission and to allow appeals against its decisions in order to ensure a fair trial.