ALGERIA-SPAIN: The UN Special Rapporteur on Torture seized of the case of the military whistleblower Mohammed ABDELLAH 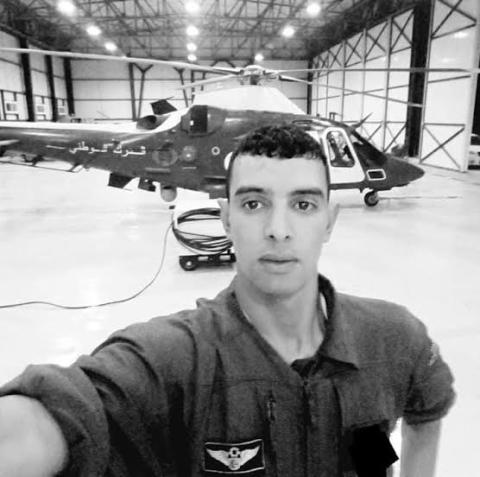 On 18 January 2022, Alkarama wrote to the UN Special Rapporteur on Torture concerning the cruel, inhuman and degrading treatment of Mr. Mohammed ABDELLAH, former sergeant of the Darak el Watani (national gendarmerie), who was forcibly returned by Spain to Algeria on 21 August 2021 and is currently detained in the military prison of Blida (50 km, south of Algiers).

A former sergeant in the national gendarmerie assigned to aerial surveillance, Mr. Abdellah, who was in charge of filming suspicious activities on the country's eastern border for many years, uncovered systemic corruption within the Algerian military institution. Witnessing massive smuggling activities at the borders, which he reported to his superior, Mr. Abdellah was ordered by his superior to keep quiet and was threatened with sanctions if he continued to report these illegal activities.

In fact, Mr. Abdellah was to discover that these massive smuggling operations, including drug trafficking, were largely covered up by the military hierarchy and by civilian authorities in the region at the highest level.

As he was about to be exposed as the source of the widely publicized information on social networks, Mr. Abdellah was forced to flee Algeria for Spain on November 11, 2018. A few months after arriving in Spain, he applied for political asylum and was granted temporary residency on April 25, 2019, renewable until the decision of his application.

From Spain, he continued his activities on social networks and denounced the corruption of the military authorities openly.

He has become one of the symbols of the fight against corruption in Algeria and has been regularly invited to appear on independent television stations. This is why he has been the subject of media attacks by the pro-government press under the pretext of damaging the security and stability of the country and the reputation of the army. He has been targeted in various ways and threatened by supporters of the military regime until he was physically attacked in Alicante, for which he had to move and change region to keep his family safe.

Since the crackdown on the "Hirak" protest movement, several of the senior military officers who were denounced by Mr. Abdellah have fled the country or have been arrested and convicted of corruption, confirming his revelations; others, however, who were equally involved in widespread corruption, have been promoted to the head of the various army services.

2. Conviction in absentia and forced removal by Spain to Algeria

On May 14, 2019, Mr. Abdellah was sentenced in absentia to 20 years in prison by the military court of Blida under the pretext, among others, of undermining state security and the reputation of the army. Following a public demonstration in Oran (450 km west of Algiers), several Hirak activists were arrested under the pretext of terrorist activities, tortured and forced to confess to having maintained relations on Facebook with Mr. Abdellah.

The Algerian authorities then issued a series of arrest requests against several political activists in Europe, including France, Switzerland, Spain and the United Kingdom. All these requests were rejected because of their political nature and only Spain, then in negotiation with the Algerian regime for its supply of natural gas, responded favorably regarding Mr. Abdellah.

Thus, on August 11, 2021, he was arrested at the police station in Vitoria where he had gone to inform the authorities of a change of address.  Even though his lawyers filed an appeal against the illegal decision to expel him to Algeria, Mr. Abdellah was rushed to Barcelona to a transit center for deportation. On August 21, 2021, even as a second administrative summary appeal was filed with the administrative court in Madrid, Mr. Abdellah was deported by boat and handed over to the Algerian authorities.

Mr. Abdellah was handed over to the Algerian intelligence services upon his arrival and was taken directly to the "Antar" center (Algiers) [particularly known as a torture center belonging to the intelligence services] where he was severely mistreated. After several days of incommunicado detention, he was first detained in El Harrach prison in Algiers on August 23, 2021, on charges of having links with the Rachad organization, which was listed as a terrorist organization by the High Security Council, a consultative body composed mainly of military personnel.

On October 11, 2021, Mr. Abdellah was transferred again to the military prison in Blida, where he is currently being held in total isolation and where another case has been opened against him before the military court on charges of undermining state security and the reputation of the army.

None of the lawyers requested by Mohamed Abdellah's wife have been authorized to visit him or to consult his criminal file, under various pretexts invoked by the military prosecutor's office, in violation of the right of defense. Deprived of a lawyer, Mr. Abdellah was referred on January 2, 2022, before the court of Bir-Mourad-Rais (Algiers).

During the hearing, he confirmed publicly before the court that he was subjected to torture in detention and that the prison authorities inflicted all kinds of abuse and ill-treatment on him on a regular basis. In particular, he stated before the president of the court that he was regularly taken out of his cell completely undressed, humiliated and beaten. The judge simply replied that this "did not concern him since he is being held in a military institution" and adjourned the hearing to January 23, 2022.

Following these statements, Mr. Abdellah's relatives, who had already expressed fears that he would be subjected to torture after his handover by Spain to the Algerian authorities, have received confirmation that he was indeed regularly tortured. They now express well-founded fears for his physical integrity and even for his life.

On 18 January 2022, Alkarama addressed the UN Special Rapporteur on Torture to request his urgent intervention.

Alkarama requested the urgent intervention of the UN Special Rapporteur on Torture to call on the authorities to open an independent, diligent and impartial investigation as soon as possible into the serious torture he suffered after his forced removal from Spain and which continues to this day in the military prison of Blida.

The refusal of the Algerian judicial authorities to take into consideration the statements of torture publicly revealed by Mr. Abdellah constitutes a serious violation of articles 12 and 13 of the Convention against Torture, ratified by Algeria on 12 September 1989, which obliges States to investigate all allegations of torture.

Alkarama also requested the lifting of all unjustified constraints on his lawyers to prevent them from visiting him and to cease all retaliatory measures against the victim, including his placement in solitary confinement.

The Special Rapporteur was also invited to remind the Spanish government of its obligation to respect its international commitments resulting from its ratification of the Convention against Torture and therefore refrain from expelling, returning or extraditing any person to Algeria, where a series of serious and systematic human rights violations currently exist.