Algeria: the Case of the Abduction of Achour Berkaoui in front of the Presidential Palace of El Mouradia before the UN Committee of Human Rights 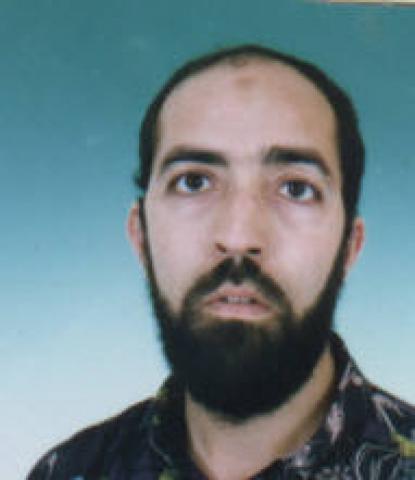 In February 2015, the family of Achour Berkaoui, who went missing after his abduction by members of the Algerian security services in the centre of Algiers in November 1994, mandated Alkarama to submit a complaint to the United Nations Human Rights Committee (HRCtee), concerning the enforced disappearance of their relative so the direct involvement of the Algerian authorities be officially recognised and in the hope to obtain redress as provided by international law.

The arrest of the Islamic Salvation Front (FIS) member took place within the context of the civil war that followed the cancellation of the second round of the legislative elections – the first free and multiparty elections organised by the government – in which the FIS was poised to win two thirds of the seats, ending the nearly 30-year-lasting one-party rule of the National Liberation Front (FLN). Following the January 1992 military coup, some State agents – from the Intelligence and Security Department (DRS), the police, the army and government militias – made themselves responsible for a long series of serious human rights violations, especially summary executions, arbitrary arrests and enforced disappearances.

Between 1992 and 1998, the civil war killed 150,000 and saw the disappearance of between 8,000 and 20,000 directly attributable to State agents, as defined in Article 2 of the International Convention for the Protection of all Persons from Enforced Disappearance (ICCPED), which defines "enforced disappearance" as "the arrest, detention, abduction or any other form of deprivation of liberty by agents of the State [...] followed by a refusal to acknowledge the deprivation of liberty or by concealment of the fate or whereabouts of the disappeared person, which place such a person outside the protection of the law."

On 20 November 1994, Berkaoui, a 33-year-old father and tax officer in the municipality of El Mouradia in the Wilaya of Algiers, was abducted at 7.30am by officers in uniform and civilian clothes at the bus station in front of Algiers' presidential palace. Arrived on site driving two Nissan police cars and an unmarked Peugeot car, the agents, some of them hooded, immediately arrested and handcuffed Berkaoui, before forcing him to enter the boot of one of their vehicles and taking him to an unknown destination.

Informed a week later that her husband was at Al Madania police station where he had been severely tortured, Berkaoui's wife went there but the officers denied holding him. However, it was from the same officers that a few weeks later she unofficially got to know that her husband had been transferred to Chateauneuf, the police school of Ben Aknoun, one of the most important centres of torture and incommunicado detention of Algiers.

Having never received official confirmation of his detention, nor having been allowed to visit him, his family then undertook numerous steps to find out where he was, notably by referring his case to the Public Prosecutor as well as to the National Observatory for Human Rights (ONDH), replaced in October 2001 by the National Consultative Commission for the Protection and the Promotion of Human Rights (CNCPPDH) the Algeria's first National Human Rights Institution (NHRI). Neither the Prosecutor nor the ONDH or any government body have however responded to the incessant demands of the Berkaoui family. It has now been 21 years since Achour disappeared.

Given the obvious bad faith of the Algerian authorities to shed light on Berkaoui's fate, and following their inability to obtain justice and reparation in his own country, his family appealed to Alkarama to represent them before the HRCtee with the hope that the responsibility of the Algerian authorities in the disappearance of their relative be officially recognised, or at the very least that a proper investigation into his case be opened.

In the past six months, following complaints submitted by Alkarama, the HRCtee issued four decisions condemning Algeria – in the cases of the Bourefis family, the Fedsi brothers, Lakhdar Bouzenia and Nedjma Bouzaout – therefore recognising the multiple violations against the victims as well as their relatives' years of suffering.

Following a decision of the HRCtee condemning a State for serious violations of the International Covenant on Civil and Political Rights (ICCPR) – ratified by Algeria in September 1989 – the State has six months to inform the HRCtee of the measures taken to implement the decision, which will be published in the HRCtee's report to the UN General Assembly (UNGA) in New York at its next session.

It seems, however, particularly worrying that, following the aforementioned decisions, the Algerian security services have summoned the complainants' families for questioning them regarding these complaints in an operation that is more akin to intimidation and retaliation than to a real will to implement UN decisions and to put an end to the suffering of the families concerned. Alkarama has not failed to denounce these practices and to inform the HRCtee's experts on 26 March 2015.