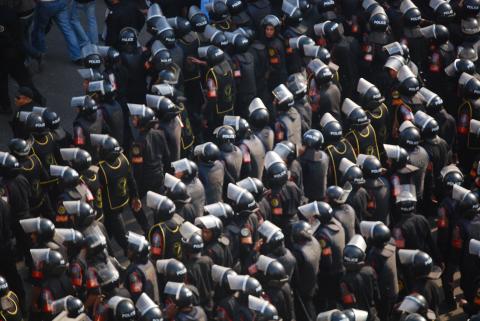 (Geneva, June 1, 2018) – In recent weeks, the Egyptian authorities have increased their crackdown on peaceful dissent, with waves of abductions of human rights defenders, activists and bloggers. Amid this crackdown, on May 30, Egypt’s National Council for Human Rights (NCHR) – the country’s national human rights institution (NHRI), which maintains close ties with the Egyptian authorities – announced that it has been granted “status A” by the Global Alliance of NHRIs (GANHRI).

In May 2018, the Sub-Committee on Accreditation (SCA) of the GANHRI reviewed the NCHR’s compliance with the Paris Principles – a set of rules aimed at ensuring the independence and impartiality of NHRIs – but has yet to publish its decision.

In response to the NCHR’s announcement, Khadidja Nemar, Alkarama’s Legal Officer for North Africa and the Nile, stated that “it is appalling that such an institution would be granted status A and thus be considered as upholding the highest standards in fulfilling its mandate to protect and promote human rights in Egypt with independence and impartiality. We have witnessed a sharp increase in arrests in recent weeks, but the Egyptian authorities’ crackdown on dissent has been ongoing for years, as has its systematic use of torture and enforced disappearance, among other severe human rights violations. Within this context, the NCHR has maintained close ties with the authorities, going as far as publicly denying these practices.”

What is a national human rights institution and how is it graded?

NHRIs are institutions established by states “to protect and promote” human rights at the domestic level. They must abide by a set of international benchmarks called the Paris Principles, which were adopted by the United Nations General Assembly in 1993 to ensure NHRIs’ impartiality and independence from the authorities. According to these principles, NHRIs must be granted with, among others, the powers to investigate and report on human rights abuses, to receive complaints from victims, and to act alongside the government to put an end to human rights violations.

The Global Alliance of NHRIs, through its Sub-Committee on Accreditation (SCA), carries out a peer-review aimed at evaluating NHRIs’ compliance with the Paris Principles, and accredits them with an A status if they are in fully compliant, B if they are not fully compliant, and C in cases of non-compliance.

Following the review, the SCA’s decision is made public 48 days after its transmission to the NHRI reviewed, allowing for the latter to contest the decision. The May 2018 session report of the SCA is thus expected to be published in July.

NCHR granted status A despite severe lack of independence and efficiency

The Egyptian NHRI, which was established in 1993 under Hosni Mubarak, was first reviewed in 2006 and was awarded status B, before the SCA revised its decision and granted it status A. The NCHR’s next review was set to take place five years later, in 2011. However, upon the NCHR’s request, the deliberation on its reaccreditation was repeatedly postponed, and only took place in May 2018. Ahead of the review, Alkarama submitted a report to the SCA highlighting a number of key concerns, showing a serious lack of compliance of the NCHR with the Paris Principles, recommending that the NCHR be downgraded to status B.

Among these concerns are the NCHR’s lack of independence from the the executive, parliamentary, and legislative branches of government, as well as its lack of financial independence. Ever since its creation, serious concerns have been raised with regards to the independence of some of its members. A prime example is the NCHR’s response to a 2017 Human Right Watch report on the widespread practice of torture against political prisoners. Mohamed Fayek, the head of the NCHR, supported the state position by stating that “there is no torture in Egyptian prisons”. This is all the more alarming since the United Nations Committee against Torture considers that torture is still “habitual, widespread and deliberate” in Egypt.

Furthermore, the NCHR’s mandate remains restricted. Cooperation between the NCHR and international human rights mechanisms must be “in coordination with the Ministry of Foreign Affairs”, which puts the NCHR’s work with the UN human rights mechanisms and in matters of international human rights law under the direct control and supervision of the executive. In addition, the NHRC is not authorised to carry out unannounced visits to places of detention, nor is it given full powers to act on complaints submitted by victims of human rights abuses and their families. For example, the many complaints filed by families of victims of enforced disappearance – a practice which appears to be systematic and widespread in the country – have all remained unanswered by the NCHR.