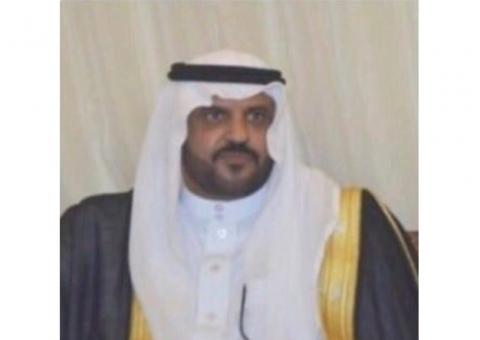 On April 3, 2019 and on the request of Alkarama, the United Nations Working Group on Arbitrary Detention (WGAD) issued a decision calling for the immediate release of Saudi human rights defender Mohammad Abdullah Al Otaibi, who was arrested on May 24, 2017, at the Hamad International Airport in Doha by Qatari security forces, and then forcibly deported to Saudi Arabia on May 28, 2017.

In Opinion No. 68/2018, the UN experts qualified Al Otaibi’s detention as arbitrary, considering it to be a result of the legitimate exercise of his fundamental right to freedom of expression and association. The WGAD called for his immediate release, accord him the right to compensation, and open an independent inquiry into the violation of his rights.

On January 25, 2018, as a result of his peaceful human rights activism, including the creation of a human rights association, Al Otaibi was sentenced to 14 years imprisonment following a grossly unfair trial before the Specialised Criminal Court (SCC). He was convicted and sentenced for his critical reports and tweets on social media under article 6 of the Anti-Cybercrime Law, which carries a maximum term of five years’ imprisonment for those who “produce, prepare, transmit or store material impinging on public order, religious values, public morals and privacy”.

He was also charged with “illegally founding an association” and “spreading chaos and stirring up public opinion against the state” for the establishment of the Union for Human Rights which he had found together with colleague Abdullah Al Attawi and which aimed at promoting the values and principles enshrined in the Universal Declaration of Human Rights (UDHR).

The Working Group confirmed that Al Otaibi’s detention and imprisonment for his critical online and offline comments clearly resulted from the exercise of his right to freedom of opinion and expression. Moreover, the UN experts expressed their concern at the Government’s persecution of Al Otaibi and his colleagues for their attempts to register the Union for Human Rights. The Government provided no justifiable grounds for refusing the registration of the Union for Human Rights. This also led the WGAD to conclude that Al Otaibi’s prosecution and conviction for co-founding the Union for Human Rights were conducted in contravention of his fundamental right to freedom of association.

Moreover, Al Otaibi was held incommunicado for more than two weeks. During this period, he was denied any contact to his family as well as access to medical care. Al Otaibi was held in solitary confinement for three months and denied access to a lawyer throughout the investigation and up until the beginning of trial. Al Otaibi was not brought before a judicial authority until July 12, 2017 – almost 50 days after his arrest – when the Specialised Criminal Court resumed the proceedings against him. On January 25, 2018 and in a closed hearing, Al Otaibi was sentenced to 14 years in prison under the aforementioned charges.

Alkarama will closely be following whether Saudi Arabia will comply with the demands in the Opinion by the UN working Group on Arbitrary Detention to immediately release Al Otaibi as well as accord him his right to compensation. We will provide follow-up information to the UN Special Procedures in due time and continue to campaign on behalf of Al Otaibi and all human rights defenders and prisoners of conscience arbitrarily detained in Saudi Arabia.