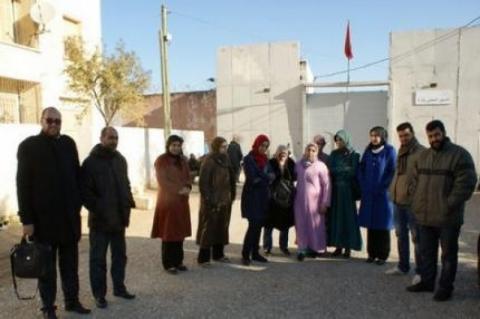 On 5 November 2015, Fatima Karmad was sentenced to one month imprisonment by the Taza Court of Appeal after filing a complaint against the Caïd (local State representative), who had abused her a month earlier. Ignoring her testimony, the Taza judicial authorities instead accused this 46-year-old mother of three of "humiliation and violence" against the local Caïd. Considering that this was an obvious case of collusion between the judicial authorities and the police of Taza, on 1 December 2015, Alkarama seized the UN Special Rapporteur on the independence of judges and lawyers (SR IJL) asking her to call on the Moroccan authorities to act on Karmad's complaint of physical violence and stop any interference by State officials in court cases.

As Karmad was on the Ahrach square of Taza meeting her two brothers and members of the opposition movement Justice and Spirituality (Al Adl wal Ihsan), both just released from prison on 8 September 2015, the local Chief of Taza sexually touched her, before beating and injuring her. Two days after the incident, the victim lodged a complaint of physical assault against the State representative. In response, Karmad was summoned to the office of the Deputy Prosecutor, who immediately ordered the judicial police to put her in custody pending her trial, which was held on 5 November. During the hearing, the magistrates supported the Caïd without taking into account the testimonies confirming the victim's version.

It therefore seems clear that Karmad's trial was of an particularly unfair nature, given that Taza's Court of First Instance only based its decision on evidence incriminating the defendant, not taking into consideration a number of damning testimonies against the Caïd. Moreover, the judgment was based on statements from two of the Caïd's subordinates having an obvious conflict of interest in this case.

Despite significant reforms of the judiciary in 2011, "Morocco still suffers from the control of the executive over the judiciary," feels Rachid Mesli, Legal Director at Alkarama. This new case only erode a little more the citizens' confidence in the judicial system and compromises the proper administration of justice. That is why, although Karmad was released on 27 November, Alkarama seized the SR IJL so she intervenes with the Moroccan authorities with a view to ensuring integrity of the judicial system, an absolute prerequisite for the protection of human rights.