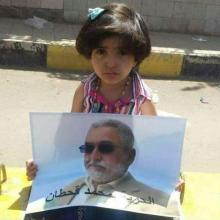 The family of prominent Yemeni politician Mohammed Qahtan keeps suffering from their relative’s seventh years of enforced disappearance. He had been kidnapped by Houthi gunmen shortly after their takeover in September 2014. 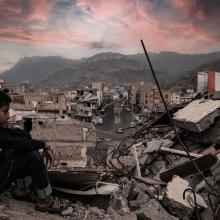 Yemen: Alkarama shares OHCHR’s concern about the impact on civilians of the escalating violence

Alkarama shares the concern of the Office of the United Nations High Commissioner for Human Rights (OHCHR) regarding the devastating effects of the escalation of the conflict in Yemen. Human rights and international humanitarian law violations by all parties to the conflict are even more alarming that they continue to affect civilians. The United Nations General Assembly should act swiftly to establish an investigative mechanism to gather and preserve evidence of serious human rights abuses and violations of the laws of war in Yemen, a coalition of more than 60 organizations said today. Failure to act would not only be a vote for impunity in Yemen, it would be tantamount to a green light to commit further abuses and war crimes. 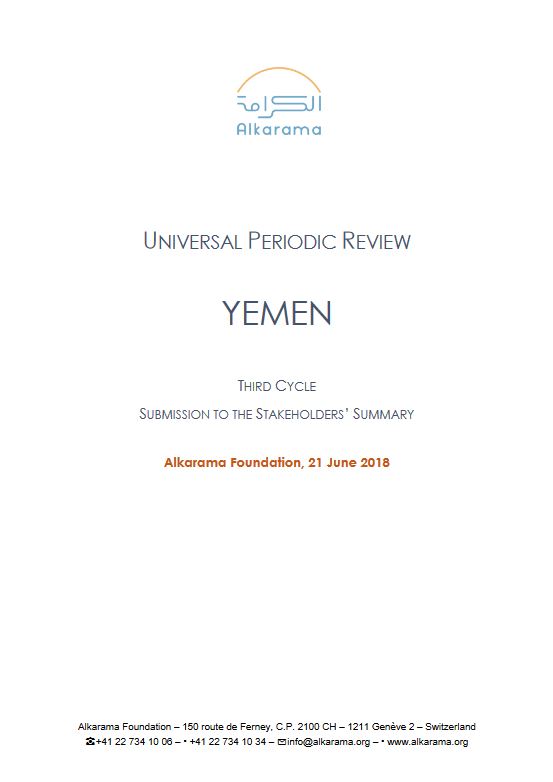 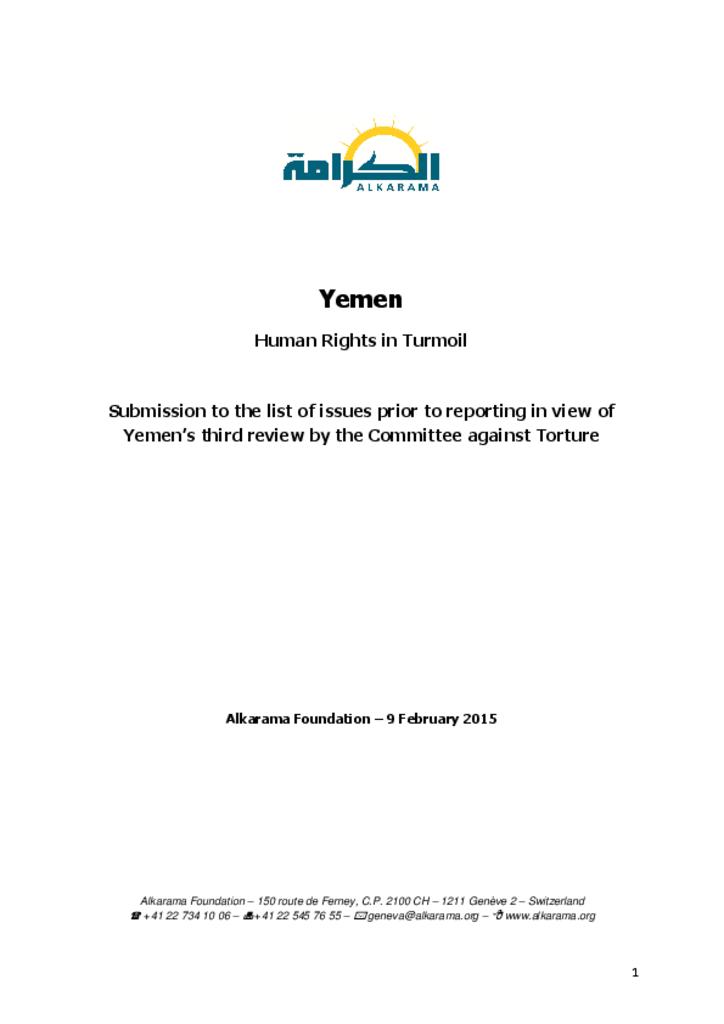 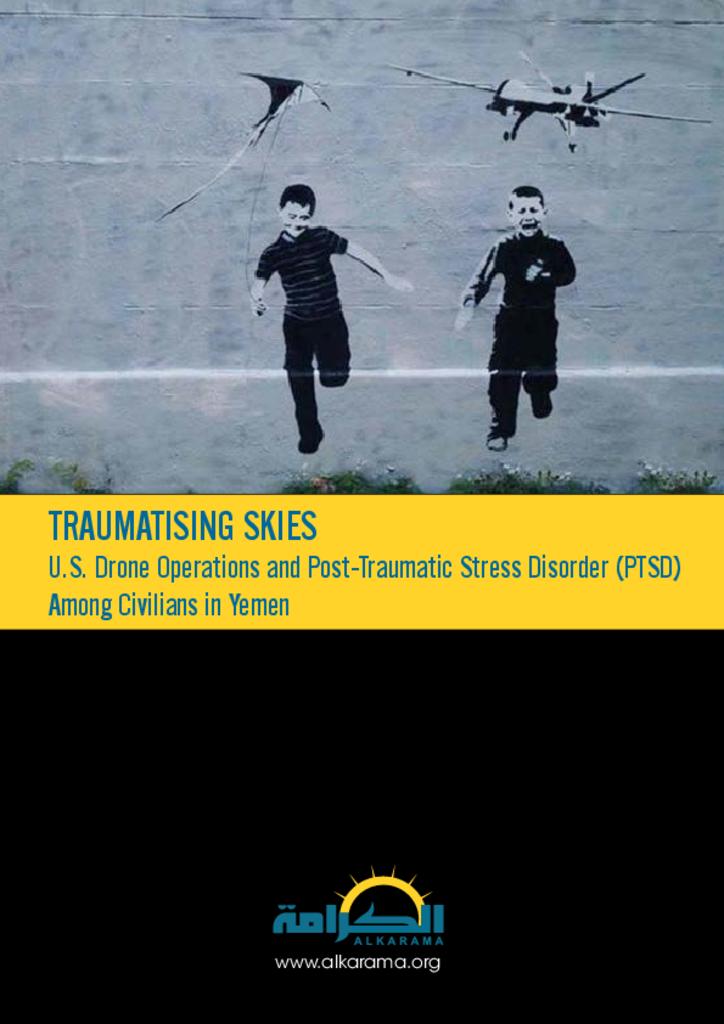