Israel / Palestine: Alkarama Condemns Israel’s Violations of Palestinians Human Rights Ahead of its Review by the Human Rights Council 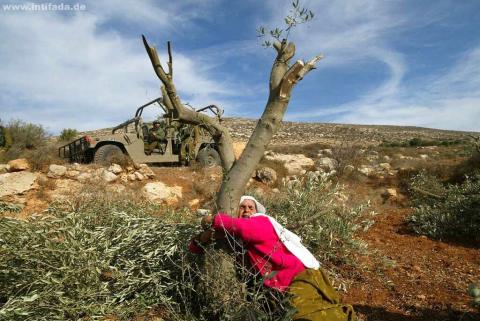 Based on solid documentation Palestinian’s human rights abuses collected along the past four years, on 29 June 2017, Alkarama submitted its report in view of Israel's third Universal Periodic Review (UPR) before the Human Rights Council (HRC), which will take place in January 2018. Since Israel’s last UPR in 2013, the authorities continued to deny access to the UN Special Rapporteur on the situation of human rights in the occupied Palestinian territories (SROPT), carried out 51-day long military operation “Protective Edge” in Gaza in summer 2014 – resulting in high numbers of civilian casualties and destruction of civilian buildings –, adding to the systematic practices of house demolitions, torture and arbitrary detention.

Violations of the laws of war in the Gaza Strip

Recalling the findings of its report “The 2014 Operation “Protective Edge” – Violating the Laws of War”, Alkarama denounced the numerous civilian deaths, including high numbers of women and children, as well as the extensive destruction of schools, hospitals and other civilian buildings resulting from Israel’s direct targeting, indiscriminate use of explosive weapons, and no or little recourse to precautionary measures during the Gaza war. Amounting to war crimes, and despite the recommendations of the UN Independent Commission of Inquiry (CoI) on the 2014 Gaza Conflict, these violations remain unpunished; even on the rare occasions Israeli courts opened a case, witnesses were not allowed to travel from Gaza to Israel to testify.

Alkarama denounced the continuous practice of house demolitions, carried out because Palestinians’ houses are constructed without the required permits – which are denied in more than 94% of Palestinian applications – or as a form of punishment. Similarly, the construction of Israeli settlements in the OPT has not seen any limitations. On the contrary, despite UN Security Council (UNSC) Resolution 12657 of 23 December 2016 demanding that Israel cease all settlement activities in the Occupied Palestinian Territories (OPT), on 30 March 2017 the government approved the construction of a new settlement in the West Bank.

In Israel, sleep deprivation, beatings and verbal threats are largely used during interrogations against Palestinian suspects for the purpose of extracting a confession, normally redacted in Hebrew, they are forced to sign. Alkarama moreover denounced the excessive use of force employed in arrests, especially of children, the recourse to prolonged solitary confinement and force-feeding of detainees on hunger strike, practices which all amount to torture.

Palestinians are commonly victims of arbitrary detention by the Israeli authorities. Administrative detention is indeed ordered for indefinite periods and is based on “classified information”,  de facto  denying detainees the right to prepare their defence. At the same time, Israeli military courts continue to try Palestinians for security crimes while failing to ensure the respect of their fair trial rights. Indeed, suspects can be detained for three months without charges and denied access to their lawyer for two months “for the purpose of interrogation”. Interrogated under torture during this time, their confessions are relied upon as primary source of evidence by military judges. Children, who are not spared this treatment, are routinely sentenced to prison terms, which can even be of 20 years for “stone throwing”. Held in Israel, detainees’ right to family visit is extremely limited by the difficulties for Palestinian families to obtain the permits to travel to Israel from the OPT.

The report submitted by Alkarama suggests 25 recommendations to be made to Israel at its next UPR, in order to uphold its obligations under International Humanitarian and Human Rights Law as a matter of urgency.

The UPR involves a review of the human rights record of all UN Member States by the HRC every four years through an interactive discussion between the State under review and other UN Member States. NGOs can submit information which can be referred to by any of the States taking part in the interactive discussion. In January 2018, it will be the third time Israel will be reviewed in the framework of the UPR process.