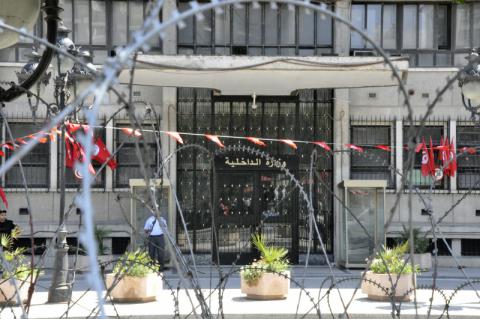 On 22 September 2016, Alkarama submitted to the United Nations Human Rights Council (HRC) its report on the situation of human rights in Tunisia in view of its Universal Periodic Review (UPR) planned for May 2017. Alkarama's report includes 16 recommendations to address to Tunisia at its next UPR in order to improve the respect for human rights in the country.

Among the main concerns expressed in the report are incomplete reforms of domestic law, which is still not in line with international standards and which – particularly in the context of the fight against terrorism – leads to an increase in violations, including on custody, detention and prevention of torture; the renewal of the state of emergency and the restrictions on fundamental rights that it implies; the lack of independence of the judiciary from the executive; the lack of resources and time granted to the Truth and Dignity Forum (IVD) which do not allow it to conduct a comprehensive transitional justice process; and finally the restrictions on the freedoms of expression, association and peaceful assembly.

Insufficient reform of the custody system

The reform of the custody system promised by Tunisia has failed to remedy all the shortcomings with regards to the respect of the detainees' fundamental rights. In particular, the person in custody is only allowed a 30-minute meeting with his lawyer, and the period of custody remains at 15 days for cases related to the fight against terrorism.

Although, in 2012, Tunisia had agreed to reform its justice system in order to strengthen its independence, close links remain between the judiciary and the executive. Alkarama still notices a lack of independence and impartiality of the judiciary, especially towards the torture allegations of detainees. Moreover, the extension of the jurisdiction of military courts to international crimes constitutes an obstacle to the conduct of fair trials.

The transitional justice process initiated in 2013 in the wake of the revolution, and which had generated much hope with the creation of the Truth and Dignity Forum, is jeopardised by the lack of resources and time allocated to it.

Thus, none of the cases of serious violations committed during the former regime has yet been transferred to the specialised courts created for appropriate legal action. Added to this lack of prosecution, the lack of a real security sector reform has created a climate of impunity that has facilitated the return of some practices of the past such as secret detention and torture.

Human rights in the fight against terrorism

In addition to the broad and imprecise definition of terrorism that opens the way for abusive arrests, the duration of police custody can be extended up to 15 days whilst international standards limit it to 48 hours. Furthermore, suspects are only allowed to meet their lawyer after 48 hours of police custody and for a maximum of 30 minutes.

Finally, the use of incommunicado detention of terrorist suspects continues, and so does the practice of torture. Until today, no judgment annulling confessions obtained under torture were reported despite the numerous allegations of torture in court.

Restrictions on freedom of expression, association and peaceful assembly

The state of emergency, which came into force on 24 November 2015 and which has since been extended several times, grants the Interior Ministry broad powers, including that to restrict the right to free movement, to suspend all strikes and demonstrations, to prohibit and disperse all gatherings that it considers threatening to public order, and to pronounce the arrest of any person whose activity is considered dangerous to public security and order.

Alkarama notes that this measure, inherited from the old regime, is used without any respect for the principles of proportionality and necessity, and is regularly invoked to prohibit and prevent any peaceful gathering.