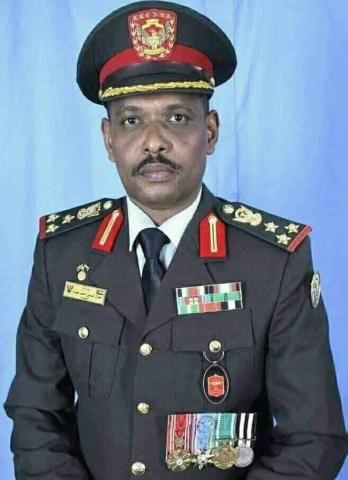 On 10 March 2022, Alkarama sent a communication to the UN Working Group on Arbitrary Detention (WGAD) regarding brigadier general Gamaleldeen Al Shaheed, who was arrested at his home on 29 June 2020 by the military intelligence services under the command of Lieutenant-General Abdel Fattah Al Burhan.

This is the fourth case of arbitrary detention submitted to the UN body by Alkarama since the beginning of the year.

General Al Shaheed was arrested at his home on 29 June 2020 by several members of the intelligence services, without a warrant, and taken to their headquarters before being transferred to their detention center located in Khartoum. Detained for five months without knowing the charges against him and without trial, he was finally transferred to Al-Huda prison in the suburbs of Omdurman (Khartoum) on 18 December 2020.

On this occasion he was presented for the first time before a judicial authority and informed that he was officially prosecuted for "undermining the constitutional order". Until then, General Al Shaheed has not been allowed to contact his family and lawyer and has still not been referred to court.

In response to his arbitrary arrest and detention, brigadier general Al Shaheed went on hunger strike to request the referral of his case. At the same time, his family, as well as those of other Sudanese political detainees, held vigils and press conferences to call on the military authorities to release them or bring them to justice without delay.