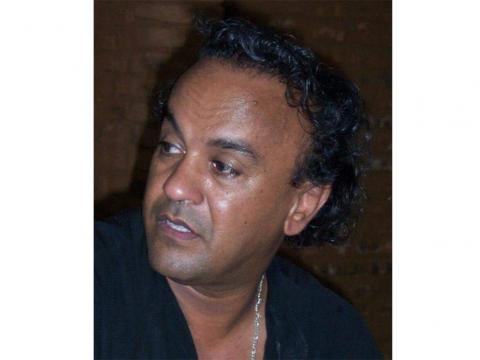 On January 16, 2018, political activist Abdul Latif Abdul Latif Ali was arrested by the National Intelligence and Security Service (NISS) during a demonstration near the Presidential Palace in the Sudanese capital Khartoum. He remains in secret detention to date.

The demonstration was organised by the Sudanese Communist Party with the support of the National Umma Party (NUP), the Baath Party and the Sudanese Congress Party against the rising prices of basic commodities and the recent austerity measures taken by the government.

Abdul Latif Ali was violently arrested during the demonstration by members of the NISS dressed in civilian clothes. The NISS then transferred him to a secret detention facility in Khartoum where he was kept in extreme living conditions that caused the deterioration of his health, for which he is not receiving the specialised treatment he urgently needs.

On February 7, 2018, Abdul Latif Ali was blindfolded and transferred from secret detention to the Kober prison in order to see his family for the first time. A second visit took place on March 19, 2018, and since then, the family has not been able to contact him. The family reported that during the first visit, Abdul Latif Ali looked weak and considerably thinner, and that he was kept in a small cell together with 28 other detainees.

Despite the fact that in January 2018, Abdul Latif Ali’s family challenged the legality of his detention before the Constitutional Court and submitted a complaint to the National Commission for Human Rights of Sudan, his relatives have not been provided with any information on his fate and whereabouts.

In the widespread demonstrations against the government’s economic policies that took place throughout January 2018, the NISS reportedly arrested hundreds of other participants – including members of the opposition Amjed El Tayeb, Yousif El Koda, and Omar Ushari Ahmed Mahmoud. Although Yousif El Koda and many of those arrested during the crackdown have now been released, Abdul Latif Ali, El Tayeb and Mahmoud remain in secret detention to date.

Alkarama submitted the case of Abdul Latif Abdul Latif Ali to the United Nations Working Group on Enforced or Involuntary Disappearances (WGEID) on March 26, 2018, urging the independent experts to call upon the Sudanese authorities to immediately release him or, at the very least, to put him under the protection of the law. Alkarama previously submitted El Tayeb, El Koda, and Mahmoud’s cases to the WGEID on February 27 and March 2, 2018, and, in February 2018, it signed a joint open letter along with other 20 organisations and individuals, urging the United Nations human rights mechanisms to call upon the Sudanese government to end its crackdown on peaceful protests.