Lebanon: One year after review by UN committee, much still to be done to eradicate practice of torture 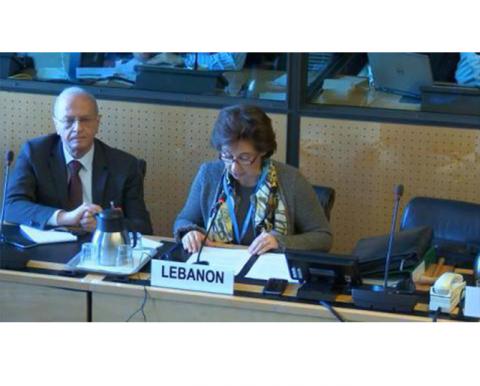 (Geneva, September 10, 2018) - Over a year ago, in May 2017, Lebanon underwent its first review by the United Nations Committee against Torture (CAT). On May 30, 2017, the CAT published its Concluding Observations, and gave the authorities one year to implement four priority recommendations, namely to define and criminalise torture, to guarantee fundamental legal safeguards to detainees, to establish its national human rights institution and national prevention mechanism, and to set up a fully independent complaint mechanism to receive complaints of torture. They requested that the state – and NGOs – provide follow-up information regarding the implementation of these recommendations within one year.

On June 6, 2018, the authorities submitted their follow-up report, in which they provided information on the level of implementation of these four recommendations. In its own report dated September 4, 2018, Alkarama considered that the steps taken by the authorities have remained insufficient and that much more is needed to fully tackle the issue of torture.

In their Concluding Observations, the UN experts recommended that Lebanon define torture in conformity with the Convention against Torture (UNCAT), and ensure that it is punishable with the appropriate penalties. The anti-torture law was adopted by the parliament on September 19, 2017, a few months after Lebanon’s review by the CAT. However, the authorities have largely ignored the recommendations made by the Committee, and the law fails to abide by the standards set forth in the UNCAT.

Moreover, the text contains inadequate penalties, since perpetrators are liable to one to three years of imprisonment – penalties which would usually apply to misdemeanours – if the act of torture does not result in death or permanent or temporary physical or mental disability.

Contrary to the CAT’s recommendations, the law also subjects acts of torture to a statute of limitations, and – despite the authorities claiming otherwise in their report – fails to adequately address the prosecution of perpetrators since the investigation and prosecution of acts of torture can be vested with military courts, which lack independence and impartiality.

Following the review, the experts recommended that the Lebanese authorities ensure that “all detainees are afforded, in law and in practice, all fundamental legal safeguards from the very outset of their detention”. In their report, the authorities merely refer to already existing legal provisions without providing further information. Alkarama has, over the past year, continued to receive several testimonies from individuals who have been subjected to torture, and who were denied their fundamental legal safeguards. Such violations are severer when individuals are arrested in cases of counter-terrorism by the military intelligence and brought before military courts. In particular, lawyers have reported to Alkarama that they continue to be denied access to their clients until they are brought before the Public Prosecution and formally charged. In addition, they have to rely on personal connections when trying to locate clients detained incommunicado in military detention centres. What is more, suspects continue to be held routinely in detention custody for periods that exceed the 48-hour maximum limit, and, in some cases, go as far as several months.

Moreover, Alkarama expressed concern over the fact that in the state follow-up report, there was no mention of measures taken to ensure that parastatal militias, including Hezbollah, who perform law enforcement duties, are subjected to legal oversight in order to ensure that detainees are afforded legal safeguards.

The national human rights institution and the national prevention mechanism

While the CAT called on Lebanon to complete the selection process for the appointment of the members of the National Human Rights Institute (NHRI), the latter is still not operational as no budget has been allocated. Because of the recent holding of the parliamentary elections on May 6, 2018, NGOs believe that the NHRI budget will only be discussed once a new government is appointed.

On May 21, 2018, the ten members of the NHRI were nominated by the Cabinet. However, NGOs have voiced concerns over the appointed civil society representatives, affirming that they “[did] not feel represented”. In particular, they expressed concerns over the appointment of two members who were “outside the circle of human rights NGOs”, including a general who served in the Internal Security Forces. Furthermore, the selection process lacked transparency since the full list of candidates and their resumes were never made public, despite repeated requests from civil society organisations.

The CAT recommended that Lebanon “establish a fully independent complaint mechanism with the authority to investigate promptly, impartially and effectively all reported allegations of and complaints about acts of torture and ill-treatment.”

Alkarama expressed concern over the fact that in their follow-up report, the authorities merely list the institutions that are allowed to visit detention facilities, but provide no concrete information as to the impact of these internal mechanisms. Moreover, while they state that the Internal Security Forces’ human rights office will launch an internal complaint system in Roumieh prison, this has not been implemented to date.

Moreover, it is of particular concern that detention centres under the jurisdiction of the Ministry of Defence, including military barracks, where acts of torture occur most frequently, are left completely outside the scope of this monitoring mechanism.