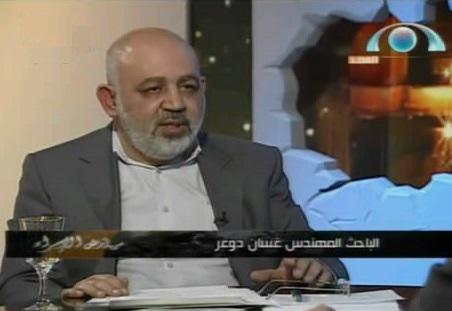 UPDATE: Ghassan Duar was released on July 29, 2018 after the completion of his sentence.

Ghassan Mohammed Salim Duar, a 58-year-old civil engineer and member of the Jordanian Engineers Association was sentenced to five years of imprisonment under Jordan Anti-terrorism Law on 29 July 2015 by the State Security Court (SSC). His trial was solely based on confessions he was forced to sign under brutal torture while he was detained incommunicado in the premises of the General Intelligence Directorate (GID) in Amman. In view of these facts, the experts of the United Nations Working Group on Arbitrary Detention (WGAD) declared that his detention is arbitrary and called on the Jordanian authorities to immediately release him and to provide him with compensation and reparation.

Arrested without warrant on 29 October 2014 at his house during a night raid by the Security Services of the GID and the General Security, Duar was immediately brought to the premises of the GID in Amman, Jandawil District in Wadi Sir. Put in solitary confinement he was detained incommunicado - with no access to the outside world – for 15 days, during which he was interrogated while being subjected to beatings, threats, sleep and food deprivation as well as psychological pressure. He was then coerced to sign documents he could not read beforehand.

He was formally indicted almost four months after his arrest on 26 February 2015, while international human rights standards require States to indict arrested individuals after 48 hours of custody. He was later sentenced to 5 years of imprisonment on 29 July 2015 by the SSC for crimes under Jordan Anti-terrorism Law on the sole basis of his confession under torture. During the trial, Duar’s lawyer alerted the judge about the torture his client was subjected to in order to obtain confessions from him. However, and again in violation of his obligations under both Jordanian and international law, the judge nonetheless decided to sentence him and never ordered an investigation into the torture allegations.

After his family requested Alkarama’s help, his case was submitted to the WGAD which in turn issued on 21 April 2017 an Opinion characterizing Duar’s detention as arbitrary. In their reply to the complaint sent to the UN, the Jordanian authorities' alleged that Mr Duar, “confessed the charges” without however rebutting the veracity of the torture allegations. The UN experts therefore ruled in favour of Duar in light of the numerous violations of his rights protected by the International Convention on Civil and Political Rights (ICCPR) to which Jordan is party since 1975.

In particular, the WGAD points out that “Duar was arrested in violation of procedure established by law as no warrant was produced”, that “authorities held him incommunicado in solitary confinement for 15 days at the GID premises, placing him outside the protection of the law”, and that he “was not treated with humanity and respect during his deprivation of liberty as he was subjected to torture”. The WGAD also expressed its concerns about the lack of independence and impartiality of the SSC and called yet again for the abolition of this Court. The experts therefore requested the authorities to immediately release Duar and grant him a right to compensation and reparation.

"We hope that, thanks to the WGAD's intervention Duar, will be released at the earliest and compensated for the harm he suffered," says Inès Osman, Alkarama's Legal Officer responsible for Jordan. "The Jordanian authorities must put an end to the disturbing pattern of torture and of violations of the rights to fair trial committed in the name of 'counter-terrorism' as Duar's case shows”, she concluded.

The issue of human rights violations in counter-terrorism cases has also been highlighted by the Committee against Torture (CAT) during the latest review of Jordan. The members of the CAT recommended the Jordanian authorities to ensure the respect of fundamental guarantees for all individuals deprived of liberty.