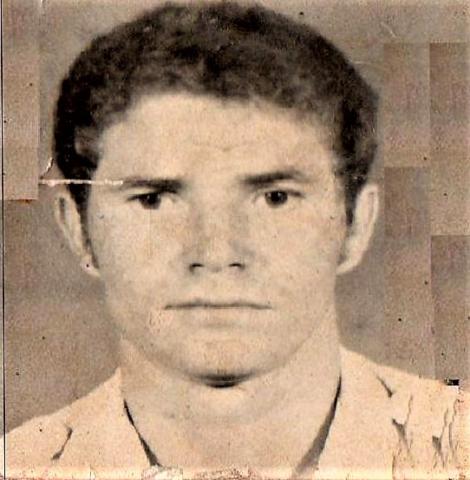 At its 117th session, held in Geneva from 17 October 2016 to 4 November 2016, the United Nations Human Rights Committee (HR Committee) issued its decision on the case of Mohammed Belamrania in response to the complaint filed on 9 May 2012 by Alkarama on behalf of the victim’s son, Rafik. Mohammed Belamrania, a father of ten, disappeared on 13 July 1995 after being arrested by soldiers at his home in the Wilaya of Jijel. Few days later, his family found his body, riddled with bullets and with traces of torture, among dozens of victims summarily executed by the ANP (National People's Army).

Mohamed Belamrania, a 44-year-old farmer, used to live in El Kennar, near Jijel, in the eastern part of Algeria. On 13 July 1995 at night, 30 soldiers of Algerian Army’s 5th Paratrooper Battalion stormed into his home and abducted him in front of his family. At around 9.30 pm, the military forcibly took him in his own car to a commercial centre in the middle of the village, which had been turned into makeshifts barracks. The soldiers told his wife that “he would be released after a routine questioning”. His arrest took place as part of a massive army operation in the village where many militants and sympathizers of the Islamic Salvation Front were arbitrarily arrested during the same operation. That night, villagers who lived in the direct vicinity of the commercial centre heard screams suggesting that the victims of the raid were being tortured.

The following day, Mohammed Belamrania was taken by the military to an unknown place, along with the other arrested civilians. Few days later, three men, who were arrested with Mohamed Belamrania, were released following the intervention of one of their relatives who was a colonel in the army. They informed the Belamrania family that they were all detained in the barracks of El Milia, 50 kms from the village. The next day, his wife and brother went to the barracks to inquire about his fate but were threatened with death by an officer if they kept asking for information.

On 24 July, 11 days after the arrest, the victim's brother, Youssef, was informed that several bodies of persons summarily executed by the paratroopers of the 5th Battalion, stationed at the El Milia barracks, had been thrown on the side of the road in the locality of Tenfdour, and that one of them could be his brother. Once there, he identified his brother among the many mutilated corpses. Mohammed Belamrania had his hands tied with iron wire behind his back, and his body, riddled with bullets, bore visible traces of torture.

Youssef Belamrania then went immediately to the central police station of El Milia to inform the authorities. After a long wait, the police evacuated the bodies of the many victims to the local hospital’s morgue. In spite of the criminal complaint lodged with the El Milia public prosecutor, and the many steps taken by the family with the authorities, no investigation was ever opened on these summary executions. When Mohammed Belamrania’s family asked for his body to be returned to them, the police officers conditioned their request to the payment of 120,000 dinars and a written acknowledgment that the victim “was a member of a terrorist group”. This practice was commonly used during the civil war in order to cover violations committed by the Algerian security services against civilians. The family members refused to pay the amount demanded by the police or to sign the requested recognition, and the body was finally handed over to them, without any autopsy carried out, and the family was forbidden to open his sealed coffin.

Unable to obtain justice in Algeria, the family decided to turn to international institutions and on 9 May 2012, Alkarama filed a complaint before the Human Rights Committee, on behalf of the victim’s son, Rafik.

In their decision, the Committee's experts recognised the violations committed against Mohammed Belamrania, including the violations of the following articles of the International Covenant on Civil and Political Rights (ICCPR): article 2(3) which enshrines the right to an effective remedy before domestic courts; article 6 protecting the right to life; and article 7 prohibiting torture.

In its observations, the HR Committee highlighted the refusal of the Algerian authorities to cooperate with the Committee during the procedure: despite four successive reminders sent by the experts inviting the authorities to reply to the complaint, the latter never replied and did not even contest the facts. The experts reminded the Algerian authorities that every State party to the ICCPR is obliged to cooperate with the Committee and “has a duty not only to carry out thorough investigations into alleged violations of human rights brought to the attention of its authorities, especially when it concerns violations of the right to life, but also to prosecute anyone who is alleged to be responsible for such violations, to judge and punish him”.

After confirming the veracity of the allegations submitted by the family and in the absence of any denial of the facts from the Algerian authorities, the Committee concluded that the latter had “denied Mohamed Belamrania the right to life in particularly serious circumstances, since the latter was clearly victim of summary execution by elements of the regular army”.

Furthermore, the Committee reminded the Algerian authorities that they could not oppose to victims of serious violations of human rights the provisions of the Charter for Peace and National Reconciliation, which makes all complaints against State agents inadmissible in courts. The HR Committee recalled on numerous occasions that, since it granted amnesty to perpetrators of serious crimes, the Charter was contrary to Algeria’s international obligations and contributed to impunity in the country.

Algeria has 180 days to inform the HR Committee of the measures taken to implement the decision and to make the decision public. As part of the follow-up procedure established by the UN Treaty Body on individual complaints, Alkarama will give particular importance to the implementation of this important decision in order to ensure that the rights of victims and their dignity are finally respected.