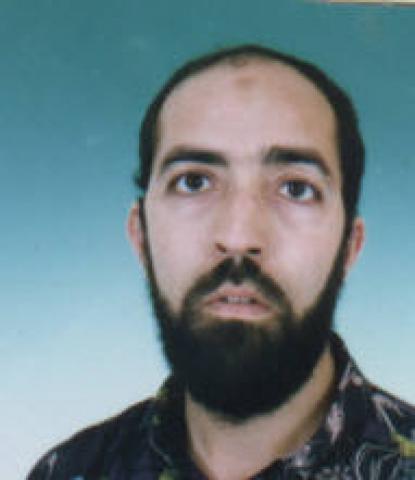 The facts
On 20 November 1994, Achour Berkaoui, a 33-year-old father and tax agent in the commune of El Mouradia, was abducted in the center of Algiers by a group of security agents, some of whom were hooded. Handcuffed, the militant of the Islamic Salvation Front (FIS) was taken away in the trunk of an unmarked vehicle to an unknown destination.
It was only a week later that his wife learned from a recently released prisoner that he was in the detention center of the police station of Al Madania (wilaya of Algiers). When she went to the scene, the police officers denied his detention and claimed to have no information about him.
Upon the wife's insistence, the police officers came back a few weeks later and informed her that the victim had been detained at the police station before being transferred to Châteauneuf, the police academy in Ben-Aknoun, one of the most important torture and incommunicado detention centers in Algiers.
In the absence of official confirmation of the detention, the family turned to the public prosecutor and the Observatoire National des Droits de l'Homme (national human rights institution). Despite the family's best efforts, no action was taken.
After 27 years of denial by the Algerian authorities, the Berkaoui family won their case before the UN Human Rights Committee.

The Committee's decision
The Human Rights Committee demanded that the Algerian authorities investigate the disappearance of Achour Berkaoui without delay, that he be released immediately if he is still alive, or that his remains be handed over to his family if he has died in detention. Once again, the Committee insisted on Algeria's obligation to "prosecute, try and punish those responsible for the violations committed" and to provide adequate compensation to the family as well as to the victim if he is alive.
In its decision, the Committee also called on the Algerian authorities to take the necessary measures to prevent any repetition of this type of violation in the future. In this regard, the Committee stressed the need to revise Algerian legislation and repeal the provisions of Ordinance No. 06-01 implementing the Charter for Peace and National Reconciliation, which is contrary to the provisions of the International Covenant on Civil and Political Rights (ICCPR).  Indeed, the Charter for Peace and National Reconciliation not only creates a climate of impunity by establishing a general amnesty for state agents who commit serious violations of humanitarian and human rights laws, but it also makes it impossible for the families of victims to seek legal recourse, in violation of Article 2§3 of the ICCPR, which guarantees the right to an effective remedy.
Algeria has 180 days to inform the Committee of the measures it has taken to implement this decision. In the framework of the follow-up procedure instituted by the UN body in relation to individual complaints, Alkarama will give particular importance to the implementation of this decision in order to ensure that the rights and dignity of the victim and his family are finally restored.